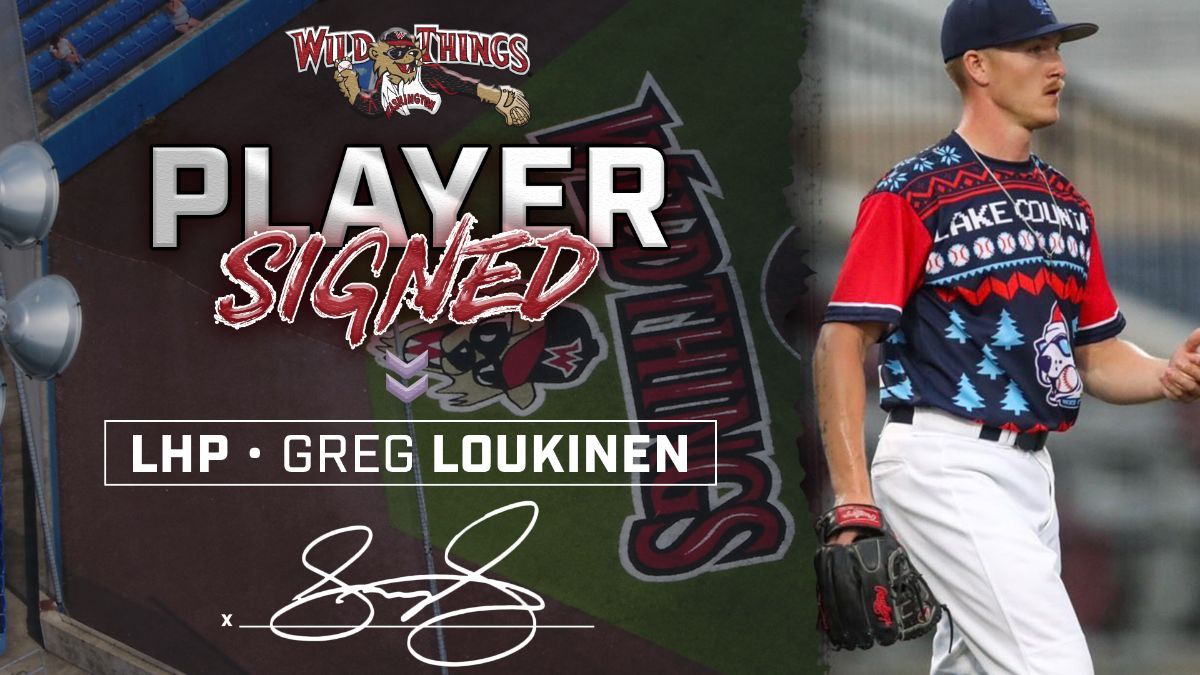 WASHINGTON, Pa. (Dec. 15) – The Washington Wild Things have announced the signing of left-handed pitcher Greg Loukinen to the roster. Loukinen pitched four games in the American Association last season with the Lake Country DockHounds, but an injury forced his season to end.

With the DockHounds, he logged 10.2 innings and fanned seven, a year after he started his pro career by pitching in the United Shore Professional Baseball League with Westside. He was 5-2 with a 1.79 ERA in 13 games (eight starts) for the Wolly Mammoths in 2021. He worked 55.1 innings, allowed 30 hits and struck out 77 opposing hitters.

“Greg is another young lefty who has shown the ability to have swing-and-miss stuff so far in his career. He had really good strikeout numbers in college and in his brief time in the USPBL,” said manager Tom Vaeth. “[He had] a bit of a rough season last year as he tried to pitch through an injury but he is completely healthy now and really excited about this opportunity for a fresh start here in Washington.”

Loukinen pitched at Golf Coast State College, where he won the “Fireman of the Year” as the best closer. He was an All-State player in high school and helped lead Orchard Lake St. Mary’s to the 2015 D2 state title.

He transferred to Georgia Gwinnett College (NAIA). The 2018 and 2019 GGC teams reached the semifinal round of the NAIA World Series. Loukinen had a complete-game effort in the 2019 World Series, which was part of an Honorable Mention NAIA All-American season. He was also named the Association of Independent Institutions Pitcher of the Year and a was a two-time first All-A.I.I. team selection.

Loukinen becomes the sixth pitcher under contract with the team for 2023. The most up to date roster is available on the Wild Things’ website. The league’s transaction page is available here.