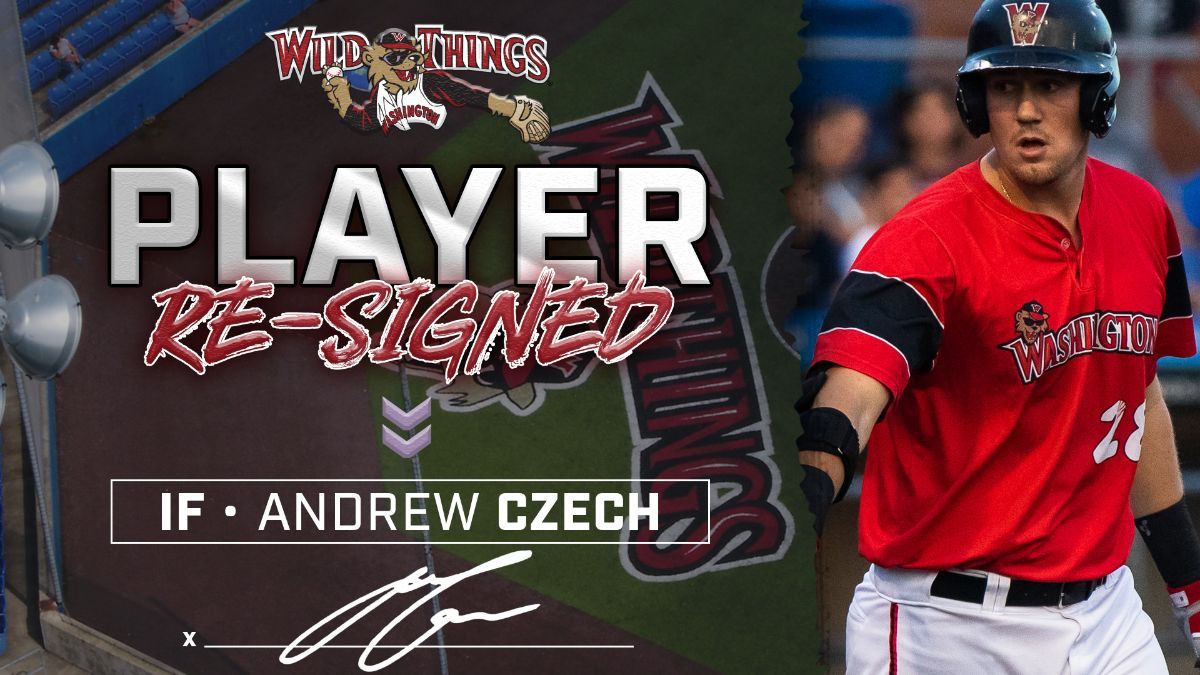 WASHINGTON, Pa. (Dec. 2) – The Washington Wild Things have announced the team and infielder Andrew Czech have reached an agreement on a contract extension for the 2023 season. Czech, in his second season with the team in 2022, was a midseason Frontier League All Star.

“Andrew has played a big part in our success over the last two years. He is another key member of our core group that, going into his third year now with us, will be counted on to provide leadership on and off the field,” said manager Tom Vaeth. “He’s an all-star that not only plays great defense but is also a threat and presence in the middle of our lineup… we count on Czecher to be a big RBI guy for us.”

“I’m grateful to be given the opportunity to be returning back to Washington and be able to compete for a championship with the some of the guys from last year,” said Czech. “We all know that we have unfinished business to handle.”

The Wild Things have now officially signed four Frontier League All Stars from last season. Monday, the team will make another signing official, as well as exercise and decline options on players with club options for the 2023 season. The roster is available on the Wild Things’ website. The league’s transaction page is available here.