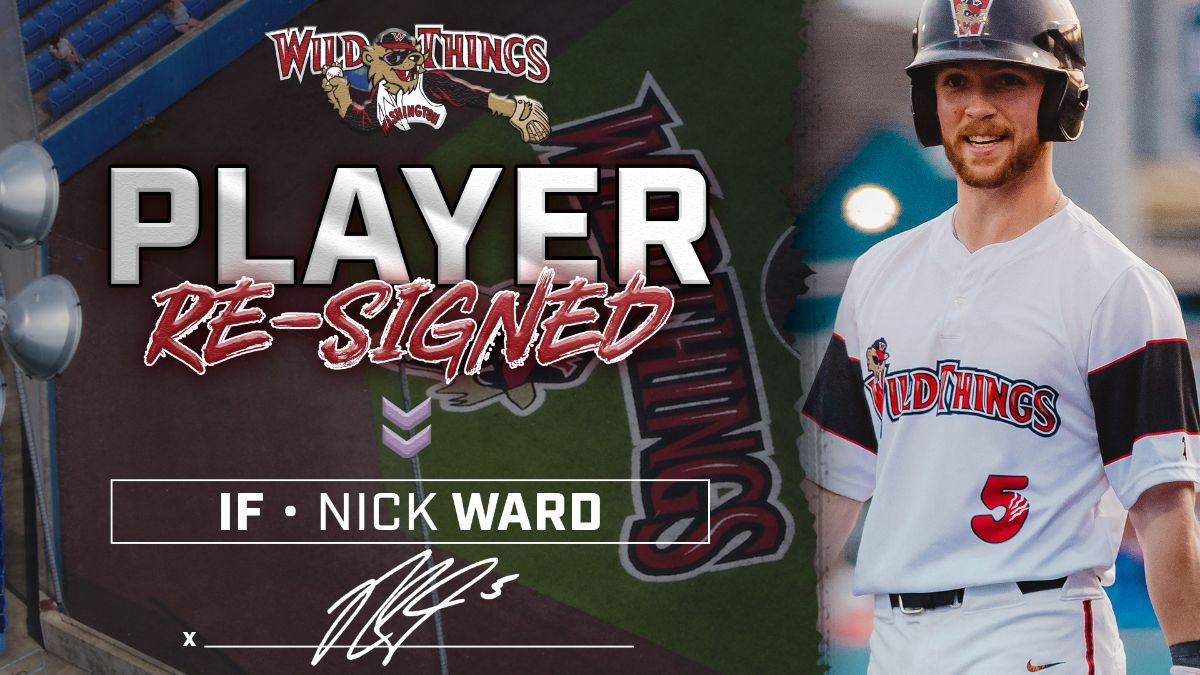 WASHINGTON, Pa. (Dec. 1) – Frontier League MVP candidate Nick Ward and the Washington Wild Things have agreed to a deal to bring the midseason and postseason All Star shortstop back for the 2023 season, which will be his third in a Wild Things uniform.

His .349 batting average was tied for third in the Frontier League, his OBP was the league’s best, his slugging percentage was fifth and he walked the fifth most times in the league. All his production led to him being a prime MVP candidate before Tri-City’s Brantley Bell won the honor.

“Nick Ward is an MVP caliber player. Every manager in this league would like to have a Nick Ward on their club,” said manager Tom Vaeth. “He makes an impact both offensively and defensively on the field just about every night… having him back in the middle of our field definitely puts us in a position to contend again next year.”

In two Frontier League seasons, the Wild Things are 76-34 with Ward in the leadoff spot of the lineup in the regular season. He slashed .269/.420/.409 with 18 doubles, five homers and 37 RBI in 2021, a season in which he missed the first few weeks with an injury. He also won the Fran Riordan Award (Citizenship Award) in the league that season.

Ward was with the Wild Things’ organization as part of the Steel City Slammin’ Sammies during the 2020 pandemic pod after  spending 2018-22019 with the Oakland organization once he was selected in the 34th round of the 2018 MLB Amateur Draft out of West Chester University, where he won a Division II national title with the Golden Rams. He was a career .341//440/.555 hitter with 25 homers and 123 RBI in college.

“This is where I want to be,” said Ward. “I can’t wait to be back in Washington and bring a championship to the city in 2023.”