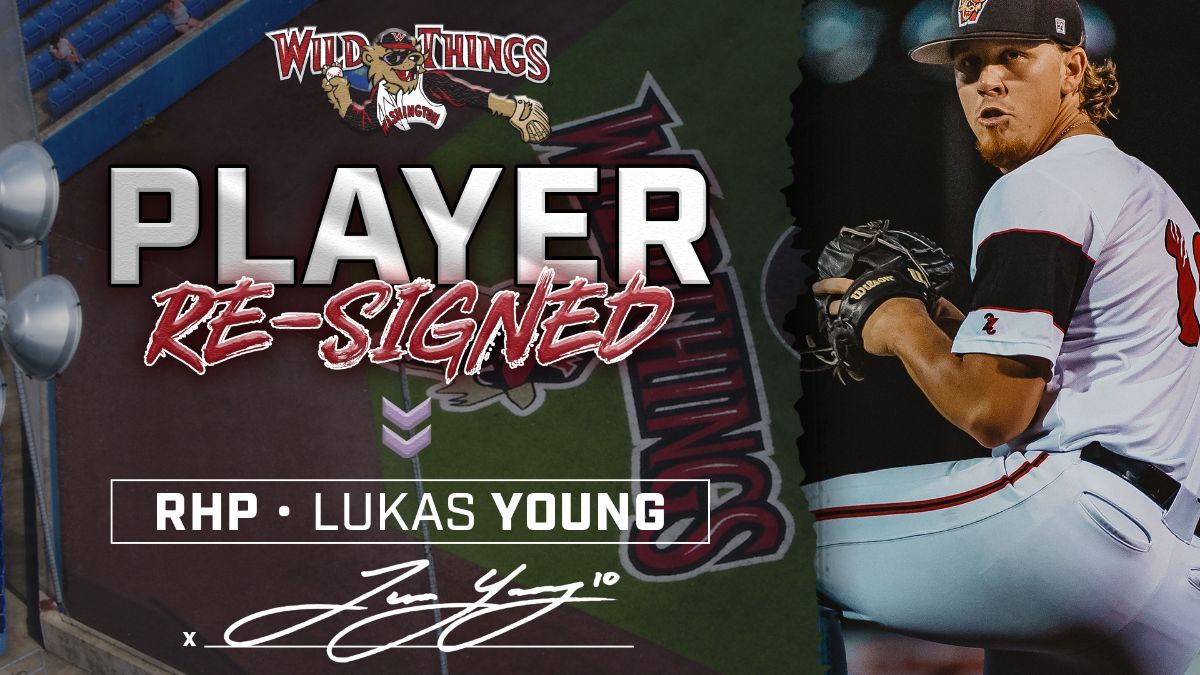 WASHINGTON, Pa. (Nov. 30) – The Washington Wild Things have announced that closer Lukas Young has signed a deal to return to the club in 2023. Young, a right hander, was a 2022 Frontier League Midseason All Star and posted a 1.66 ERA last season to go along with a 5-2 record and 20 saves.

In 43.1 innings in 2022, Young fanned 47 batters and allowed only 22 hits, 10 runs and eight earned runs. The 1.66 ERA was the second best on the team to Rookie of the Year Kobe Foster’s 1.00 ERA in 63 innings and his 20 saves were tied for the second most in the league with Alexis Rivero of Lake Erie. Evansville’s Logan Sawyer led the league with 22.  It was quite the impact for Young, who was one of the most dominant relievers in the Frontier League in his first season in Washington.

“Lukas stepped in last year after a long layoff coming back from that injury and made an immediate and meaningful impact on our club, both on the field and in the clubhouse,” said manager Tom Vaeth. “He immediately claimed the closer role and flourished in it, solidifying our backend with the way he routinely closed out games for us.”

Vaeth continued by saying, “[Lukas is] coming off a great year in which he was an All Star and grew into one of our key leaders. I’m very happy to have Lukas back as he continues his quest to regain an affiliated job… As a manager, if you have 23 other guys like Lukas, you will always feel really good about your club.”

Young, an Alabama native, pitched for Mobile in NAIA collegiate play before being selected in the 21st round in 2017 by the Boston Red Sox. He pitched in the Red Sox system through 2018 and then with two teams in Atlanta’s farm system in 2019. He was signed to the Twins’ organization for 2020 before he was released and didn’t pitch in 2021 due to an arm injury.

“[I’m] looking forward to getting back to Washington and going to work with the guys,” said Young. “It’s a blessing to be able to return and have a run at winning it all this season.”

Young is the fourth pitcher signed to the roster for the 2023 season and the second 2022 Frontier League All Star to ink a deal for a return. Infielder Ian Walters is the other. The roster is available on the Wild Things’ website. The league’s transaction page is available here.