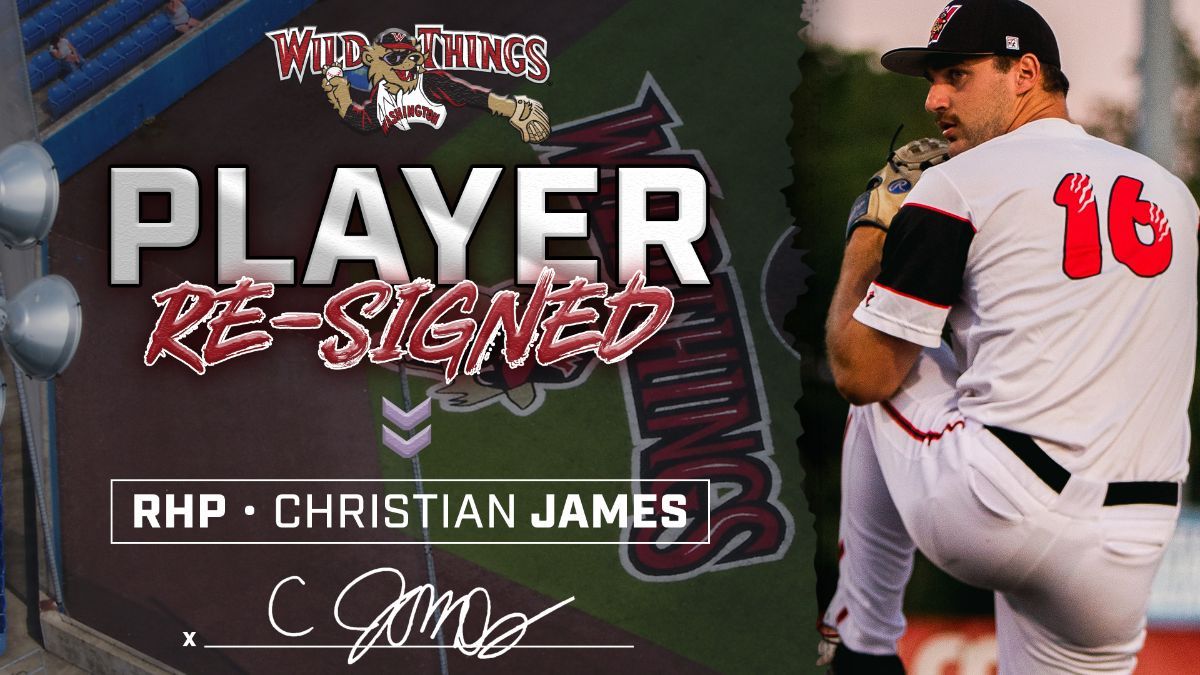 WASHINGTON, Pa. (Nov. 29) – The Washington Wild Things have re-signed reliever Christian James for the 2023 season after James’ first season in Washington saw him lead the team in appearances with 42 and post a 3-1 record with four saves in 52 innings pitched.

“He’s a huge piece in the makeup of our bullpen… getting him back for next year was a top priority. He’s a guy that I have total confidence giving the ball to him at any time. I completely trust Christian in all situations,” said manager Tom Vaeth. “But more importantly he’s a leader in our clubhouse. He’s very well-liked and respected by his teammates and I know without any doubt they will all be happy to hear he is coming back.”

James previously spent time with the New York Mets’ organization from 2016-2019 before pitching in the American Association with the Winnipeg Goldeyes in 2021. His MiLB career ERA was 3.62 in 64 appearances, 47 of which were starts. He walked only 88 and struck out 203 in 263.1 innings pitched. He’s pitched 96.2 innings and fanned 87 in two seasons of independent ball.

“I’m excited to be back in Washington. Last year was great, but we want more,” said James. “I’m excited to chase for a championship with this organization.”

James becomes the third pitcher officially signed to the 2023 roster, joining right handers Kaleb McCullough and Justin Showalter. The team will have more signings to announce within the coming days. The roster is available on the Wild Things’ website. The league’s transaction page is available here.