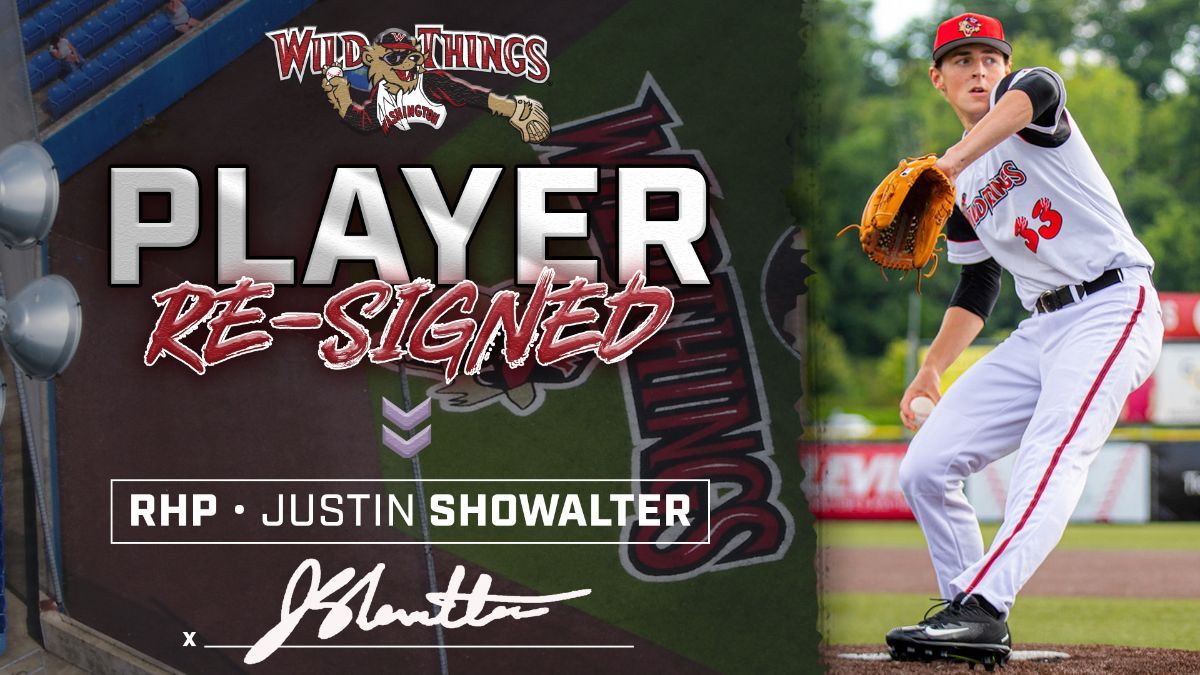 WASHINGTON, Pa. (Nov. 22) – The Washington Wild Things have picked up the option and extended the contract of right hander Justin Showalter for the 2023 season.

Showalter appeared in and started five games for the Wild Things in 2022, pitching his way to a 4-1 record and a 2.73 earned run average in 29.2 innings of work. He fanned 16 and walked nine. His last three starts all lasted at least six innings.

“We really liked the way Justin threw for us at the end of last season,” said manager Tom Vaeth. “We feel the experience he gained from those few starts will help him settle into a key spot in our rotation.”

The Hinton, Virginia, native played his college ball at James Madison University, where he totaled a 4.21 ERA in 44 games, 33 of which were starts. In 184 innings, he walked just 44 and had 151 strikeouts. As a grad student in 2022, he made 14 appearances (all starts) and earned four wins. He led the team with 72.1 innings and 67 strikeouts and walked only 13.

During the 2020 season, he posted a 24.2-inning streak without allowing an earned run, which is the second longest such streak at JMU since 1995.

He became the fifth James Madison alum to sign their first pro contract with Washington, with the most notable other being Travis Risser, who pitched for Washington in 2007 and had his contract purchased by Tampa Bay following a season that saw him post a 1.09 ERA in 49.2 innings.

““I feel blessed to have the opportunity for another season in Washington,” said Showalter. “I can’t wait to get back and finish what we started last year.”

Showalter joins right-handed reliever Kaleb McCullough as pitchers to re-sign with the club for next season. The roster is available on the Wild Things’ website. The league’s transaction page is available here.