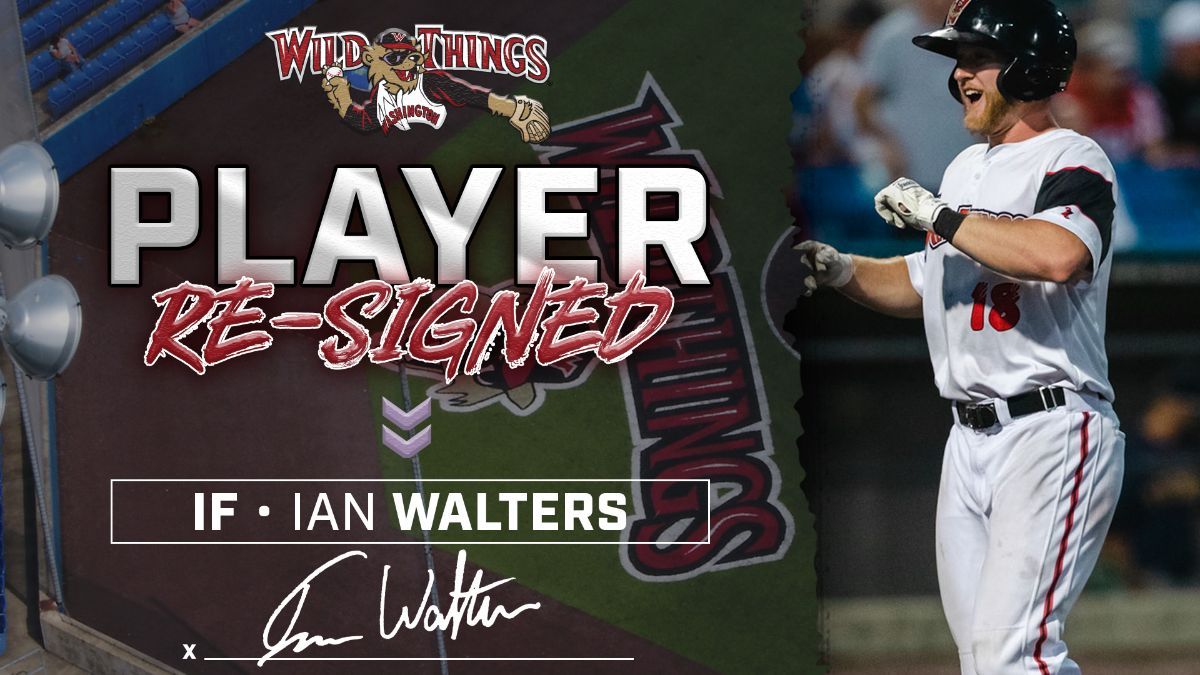 WASHINGTON, Pa. (Nov. 17) – Today the Washington Wild Things announced third baseman Ian Walters has re-signed with the club for the 2023 season. Walters, who played his first season in Washington in 2022, was a Frontier League All Star this past season.

Walters was one of a franchise-record nine midseason All Stars for the club, which hosted the 2022 Frontier League All-Star Game, presented by The Coury Firm. He played in 89 games in the regular season and slashed .284/.382/.482 with a career-best 13 home runs and a career-high 60 RBI. The former Southern Illinois Miner also doubled 15 times and tripled three times. He was walked 35 times and hit by 14 pitches.

“Ian had a great year for us and really solidified our infield defense,” said manager Tom Vaeth. “Offensively he gave us more than what was expected, and I anticipate bigger and better things from him in 2023. He will be a big part of our success going forward.”

When Walters was acquired by the Wild Things to complete previous trades executed with the Miners before their departure from the Frontier League, he was coming off a tremendous rookie season in pro ball. In 2021, he hit five homers and drove in 53 with 20 doubles for Southern Illinois while sporting a .286 batting average.

He played three seasons at Southern Illinois University prior to that to the tune of a slash line of .270/.385/.433 with 93 career RBI for the Salukis, an MVC program.

“[Last season] was a great season with a lot to be positive about,” said Walters. “But there is still a lot more to be accomplished and I couldn’t be more excited to get back up to Washington and make another run at a championship.”

Walters becomes the third player officially under contract for the 2023 season. The roster is available on the Wild Things’ website. The league’s transaction page is available here.