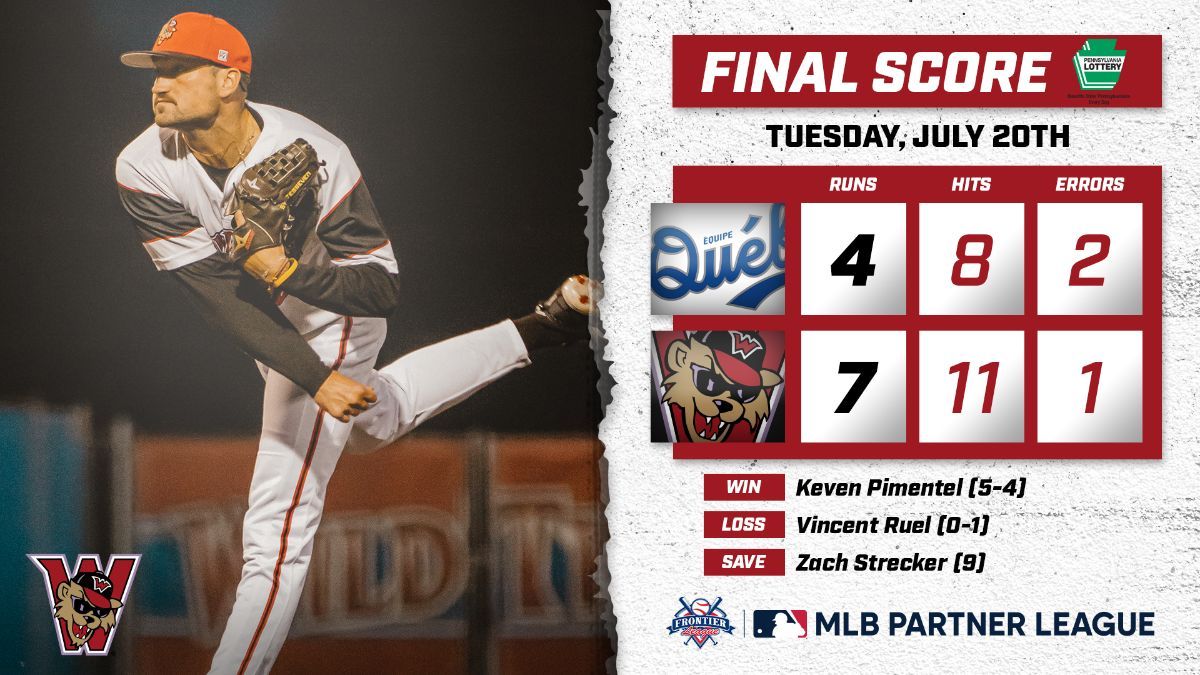 WASHINGTON, Pa. (July 20) - The Washington Wild Things won their ninth-consecutive home game Tuesday, 7-4 over Équipe Québec Tuesday at Wild Things Park. During the victory, James Meeker set the new franchise record for a scoreless innings streak at 27.2 innings, passing JJ Hollenbeck's 27 consecutive scoreless frames in 2008. Meeker has started 2021 with 25.1 innings in a row without yielding a run after finishing 2019 with 2.1 scoreless consecutively.

Équipe Québec scored two in the first inning. David Glaude plated Ruben Castro, who had doubled. A sac fly scored Glaude. In the second, Washington plated three to take the lead for good. Hector Roa plated Grant Heyman for Washington's first run before Andrew Czech plated Roa and Casanova walked with the bases loaded to score the third. On the same play that Scotty Dubrule picked up his first professional hit, an error allowed Roa to score and Dubrule to go to third. Dubrule scored on a groundout by Cam Phelts.

Keven Pimentel got the win after 6.2 innings of four-run ball (three earned) on six hits. He's 5-4 while BJ Sabol got a strikeout for his only batter faced, Meeker tossed a scoreless eighth and Zach Strecker picked up his 61st career save and ninth of the season with a scoreless ninth.

The Wild Things and Équipe Québec will meet again tomorrow at 7:05 p.m. for the middle game of the series.