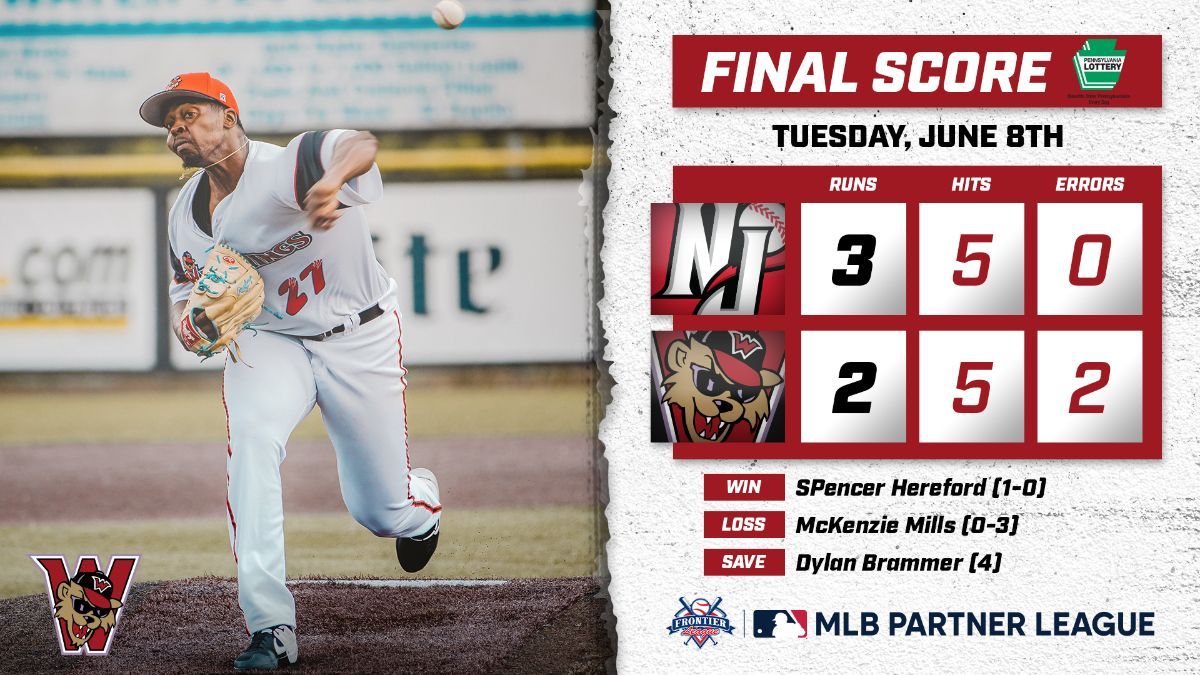 WASHINGTON, Pa (June, 8) - Despite two early home runs, the Washington Wild Things lost 3-2 in a close game against the New Jersey Jackals at the Wild Things Park on Tuesday evening.

McKenzie Mills, who started for the Wild Things, put up a zero in the first inning making way for Nick Ward, who hit a home run off Jackals pitcher Spencer Hereford to give Washington an early lead.

During the second inning, Mills gave up a home run to Jackals player #21 Stanley Espinal to tie the game. Another run came in for New Jersey in the third inning after a two-base error occurred. In the home half, Andrew Czech crushed a home run bringing the score to an even 2-2.

In the top of the fourth, the Jackals scored a run on a base hit and took the lead 3-2.

The Wild Things will play against the New Jersey Jackals tomorrow night for the second game in the three-game series. The gates will open at 6 p.m. and tickets can be purchased at wildthingstickets.com.