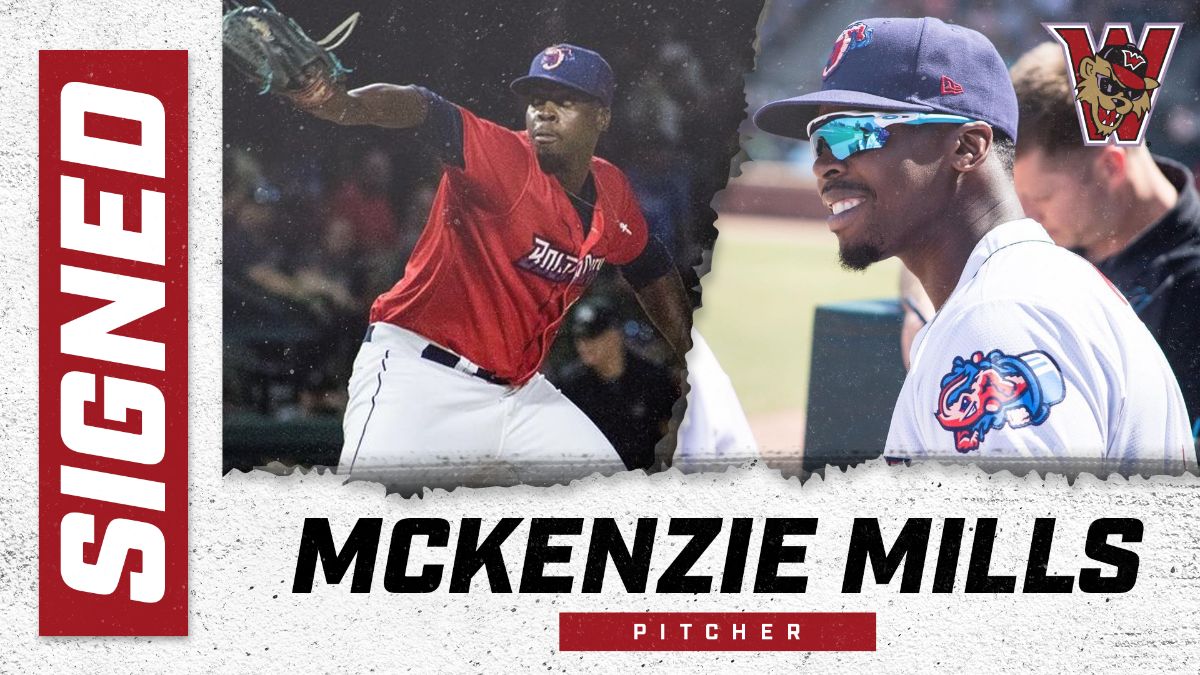 WASHINGTON, Pa. (April 6) - The Wild Things' roster for the quickly-approaching 2021 season has grown by one more today as the team has announced the signing of pitcher McKenzie Mills to a contract. Mills, a former 18th round pick out of Sprayberry High School (Ga.), most recently spent time during the American Association's 2020 season with the Winnipeg Goldeyes.

Mills started two games and appeared in a third for Winnipeg last summer and logged 7.1 innings. The stint was on the heels of six seasons in the minors out of high school. He played for three different organizations during those six seasons: Washington (drafted by the Nationals in 2014), Philadelphia (traded with international pool money for Howie Kendrick) and Miami (traded for Justin Bour).

Now, Mills is set to join the Wild Things for the 2021 campaign.

"McKenzie was a guy we discussed for the past few months. He’s been valued by many organizations over the years and his experience with over 75 pro starts is meaningful," said president and general manager Tony Buccilli. "McKenzie brings us another left hander to balance out the rotation and a demeanor with something to prove."

Manager Tom Vaeth said the acquisition is a "huge addition" for the team.

"This is a guy who was a top prospect that was included in major-league trades a few years ago and is looking to regain that form and get back on track to reach the big leagues," said Vaeth. "I know from talking to him that he is coming in with a huge chip on his shoulder and is eager to prove that he is ready to take the necessary steps to reach the next level. We are looking for him to pitch at the top of our rotation and to be one of the premier left-handers in the league."

Mills reached as high as Double-A with the Marlins organization in 2018 and 2019, and comes to the Wild Things with 107 MiLB appearances (75 starts). He logged 421.2 innings and fanned 384 batters in the six years in the three farm systems. His strikeout to walk ratio was 2.33 in the minors.

"It's been a rough offseason trying to get an affiliated job," said Mills. "I spoke with Tom and he was willing to give me an opportunity to prove myself. Hopefully a season with the Wild Things leads to something great. My personal goal is to show teams that I'm ready to compete at the big-league level. A lot of my ups and downs have been mental and command of my secondary pitches. This offseason I believe I made those adjustments. As a teammate I want all the players to know I have their back and I'm always available for advice and talking about the game in general."

"Everyday is a day to better yourself on and off the field," said Mills. "Fans should except a bulldog on the mound."

The Wild Things are scheduled to open their season May 27 against the New York Boulders on the road, with the home opener slated for June 4.