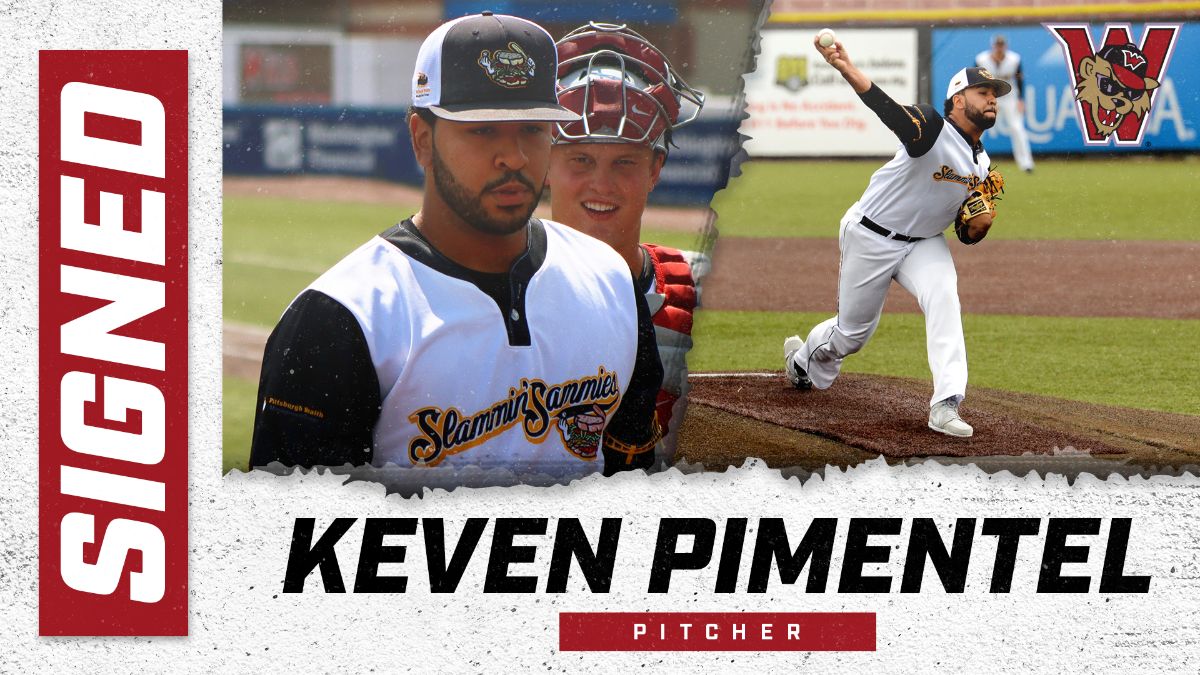 WASHINGTON, Pa. (March 4) - The Wild Things' pitching staff continued to grow today as the team has announced the extension of right hander Keven Pimentel through the upcoming season. The former Rockies farmhand pitched for the Steel City Slammin' Sammies in pod play after being signed prior to 2020 by the Wild Things.

Pimentel started all five of the games he appeared in this past summer. In 24 innings, he struck out 35 and walked only 14. He allowed 13 runs, 11 of which were earned. His record was 2-0.

"Our rotation is being built to have starters collectively set a high bar and Keven feeds into that environment. He showed the ability to throw any pitch in any count and a natural feel to slow down the game," said president and general manager Tony Buccilli. "He comes from a winning program with experience in meaningful games and the desire to work deep in outings. Keven adds another diverse arm to our room and we look for him to make an impact in 2021."

Pimentel said he enjoyed the support of the staff, players and fans during 2020 and that the decision was "pretty easy" to return to Washington.

"The staff and players were great and after seeing some of the dudes back it was a no brainer for me to come back and join the guys to go out and compete and win," said Pimentel. "The fans can expect someone that’s going to play hard and compete every time on the mound. Off the mound [I'm] someone that’s having fun with his teammates and smiling."

Pimentel was a 28th round pick for the Rockies in the 2019 draft after his final two seasons of collegiate ball were spent at the University of Tampa. In 2019 for Boise (A-), he logged 29.2 innings in 22 games from the bullpen and fanned 20.

He started his college career at Miami, where he appeared in 33 games over two seasons. Then Pimentel transferred to Tampa, where he became a starter, as he started all 33 games he appeared in there through his two years. He pitched to a record of 22-4 and a 3.10 ERA at Tampa. In nearly 200 innings, he struck out 174 opposing batters and walked just 49. His WHIP (walks and hits per innings pitched) was not higher than 1.077 in either season. He was a two-time all-conference pitcher and all-region multiple times.

"Goals for this year is to compete and try and win as many games as possible," said Pimentel. "The rest will take care of itself. Having fun and playing hard will lead into winning games."

Washington's season opener is scheduled for May 27 at New York.