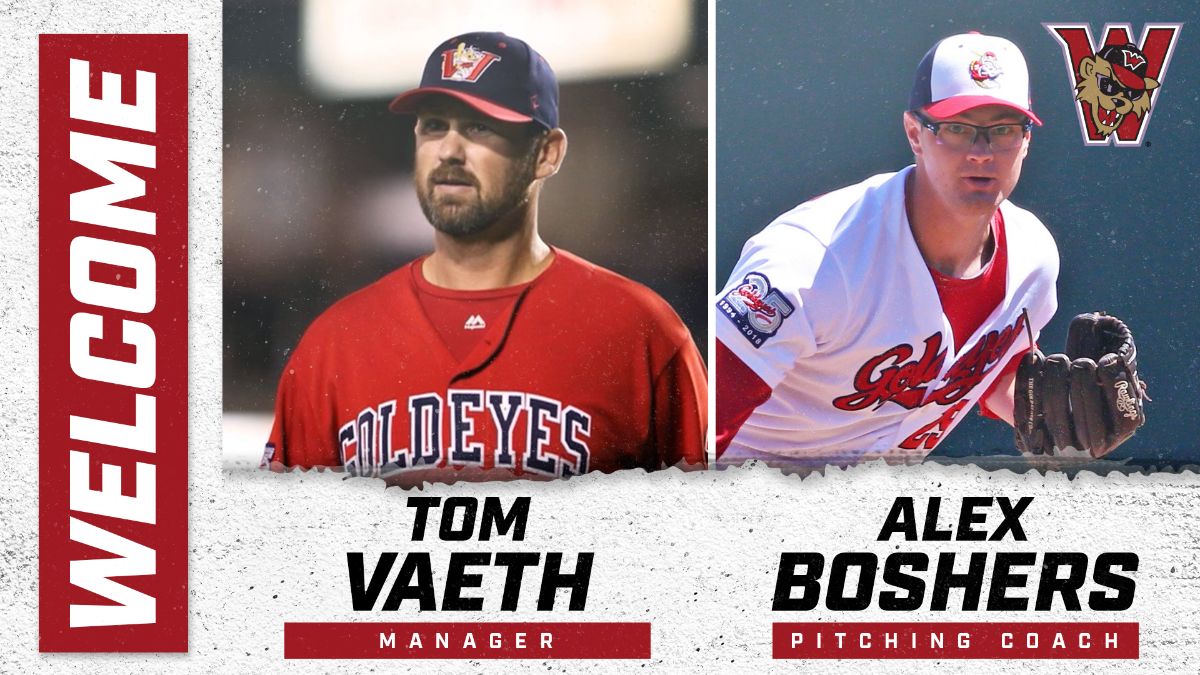 WASHINGTON, Pa. (January 6) - The Washington Wild Things have tabbed Tom Vaeth the team's new field manager and Alex Boshers the new pitching coach. The announcement of the new field staff, which will begin its work this coming season, comes on the heels of the team's announcement that former manager Gregg Langbehn has retired from professional baseball.

Vaeth, a long-time assistant for the Winnipeg Goldeyes of the American Association, becomes the team's 10th manager. He'll be the first new manager since the 2016 season when Langbehn took the reigns of the club.

He has managerial experience in the California Winter League and on an interim basis with the Goldeyes, but this will be his first professional full-time managerial job. Vaeth stepped down from the Winnipeg organization after the 2019 season, following 17 years as an assistant with the team in numerous roles such as player procurement, base coach, hitting coach and bullpen coach. He oversaw numerous American Association All Stars, league leaders and award winners.

"Tom brings a wealth of knowledge from his time in the American Association and carries that demeanor to reach for more," said president and general manager Tony Buccilli. "I am eager to work with him and his staff to make an immediate impact in 2021. We will continue to bring an exciting brand of baseball that resonates with fans."

After narrowly missing out on the manager position for the Cleburne Railroaders (American Association) prior to 2019, the Baltimore, Maryland, native returned to the Goldeyes. A last-minute change of mind from Cleburne's ownership pulled the rug on what would've been his first managerial position.

Vaeth was a part of 10 playoff appearances and three championship-winning teams during his tenure in Winnipeg. Now he comes to Washington looking to be the first manager to deliver a championship to the organization and its fans.

"First of all I would like to thank the ownership and front office staff for giving me this opportunity. I am extremely humbled and grateful to join such a class organization," said Vaeth. "Over the years I have watched the Wild Things organization become a premiere destination in baseball and I couldn’t be more excited to be a part of their history and tradition going forward. I’ve heard nothing but great things about the stadium, the area and the wonderful fans… [I] cannot wait for the spring to get things going.”

Vaeth has selected former Goldeyes' pitcher Alex Boshers as his pitching coach. It will be Boshers' first coaching job in professional baseball. Boshers played four seasons at Tennessee-Martin in college before embarking on a six-year career in independent ball, most of which was spent in the American Association between Wichita, Winnipeg and Sioux Falls. He also made a stop with Southern Maryland in the Atlantic League.

"I would like to thank Tom Vaeth and the entire Washington Wild Things organization for this exciting opportunity to work for them," said Boshers. "I have heard nothing but great things about the team, culture and the front office and I am excited for May to get here so we can start preparing to win a championship!"

The new field staff will look to make an impact early on when the team reports in May for the 2021 season.