Jesus Balaguer Extended for the 2021 Season 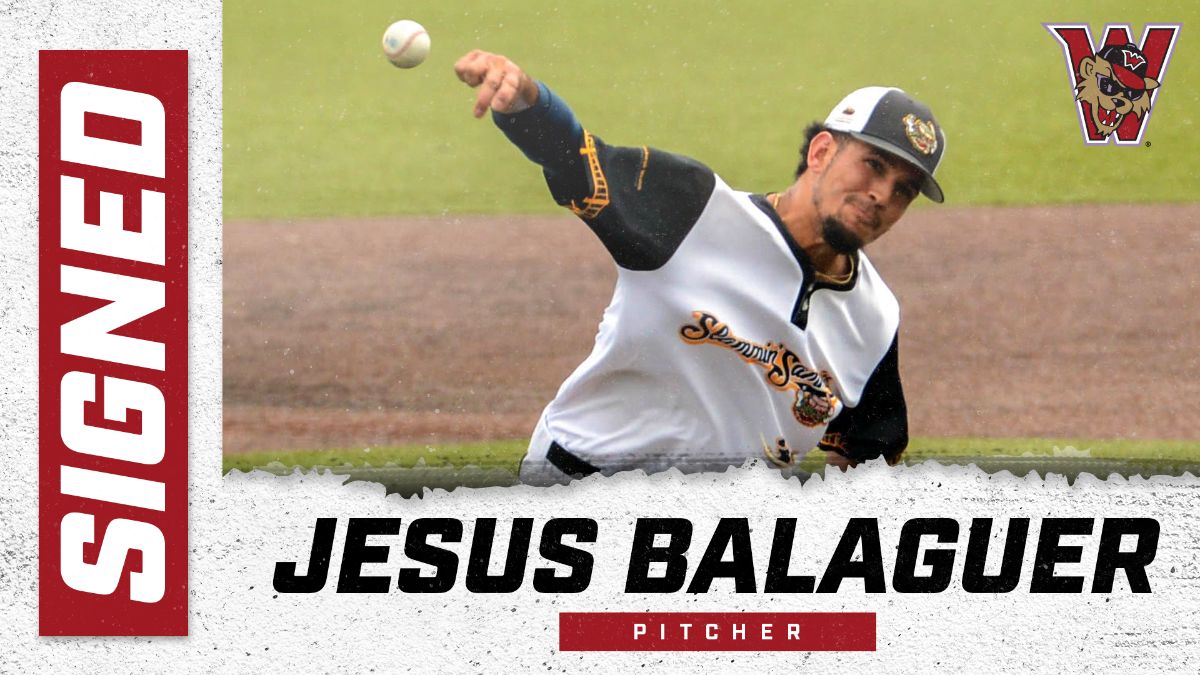 WASHINGTON, Pa. (November 12) – The Wild Things have added a fifth pitcher to the 2021 roster with the extension of right-handed pitcher Jesus Balaguer. Balaguer first came to Washington in 2018, was a part of the Steel City Slammin’ Sammies roster in 2020 and didn’t allow a run during pod play this past summer.

The work for the former Houston Astros’ and, albeit just for spring training, Arizona Diamondbacks’ farmhand in 2020 was over eight appearances and eight innings. Balaguer logged a save and allowed just two hits, walked two batters and punched out 16, good for two per inning.

The year came off a successful year with the Wild Things in 2019 after a great start to his Wild Things’ career in 2018’s regular and post-season.

“Jesus remains one of the prominent power relievers in the Frontier League and such a valuable late inning man for us,” said president and general manager Tony Buccilli. “Beyond his success on the field, he has assisted in the development of so many young pitchers in the bullpen. We appreciate his passion for winning, his dedication to our organization and the enthusiasm he brings to the ballpark daily.”

Balaguer said he wanted to come back to be with his teammates and continue working hard to win a championship.

“The amazing fans, teammates, coaching and staff [are great],” said Balaguer. “I feel like Washington is my second home. I will always give my best and do whatever I can do to help our team succeed.”

A native of Cuba, Balaguer played professionally in Cuba for three years, two of which came for Industriales. He played for the same team as Houston Astros’ infielder Yuli Gurriel and Diamondbacks’ outfielder Yasmany Thomas. During the 2014-15 season, Jesus was 6-1 with a 3.60 ERA in 36 games from the pen with 37 strikeouts over 45 innings.

He signed as an international free agent with the Astros before he was the Astros’ short-season minor league reliever of the year in 2017 in his first season in minor-league ball. He split time between three teams that season: Quad Cities (A, Midwest), Tri-City (A-, NYPL) and Greeneville (Rk, Appalachian). He was 5-2 with a 2.73 ERA in 33 innings. He had four saves and struck out 53 batters that season while allowing just 20 hits.

The right hander pitched for Buies Creek (Carolina League, A+) in 2018 for 23 games before his release. He fanned 43 in 33.1 innings. That’s when he came to Washington. During the regular season, Balaguer pitched in 10 games and logged 18 innings. He allowed 12 hits and fanned 34 batters. During the Wild Things’ playoff run, he didn’t allow a run over 7.2 innings of work. He allowed just two hits and struck out 13. Had Washington won the championship series, Balaguer was penciled in as the series MVP.

The hard-throwing Balaguer had his contract purchased by the Diamondbacks’ organization following the season but never ended up appearing in a game in the system. He pitched in one game for the Kansas City T-Bones in 2019 before coming back to Washington. He sported a 2.33 ERA and had a 5-3 record in 35 games. Balaguer accumulated 46.1 innings of work and struck out 55 to walking only 16. He allowed 12 runs all year.

“Personally, I want to continue to improve my command on the mound,” said Balaguer. “From our team standpoint, my goal is to give my best and help my teammates win the championship.”

Balaguer joins Spencer Bivens, Clinton Hollon, James Meeker and Max Tannenbaum as pitchers announced for 2021. More signings will be made public next week.