Nate Thompson Signs With Washington for 2021 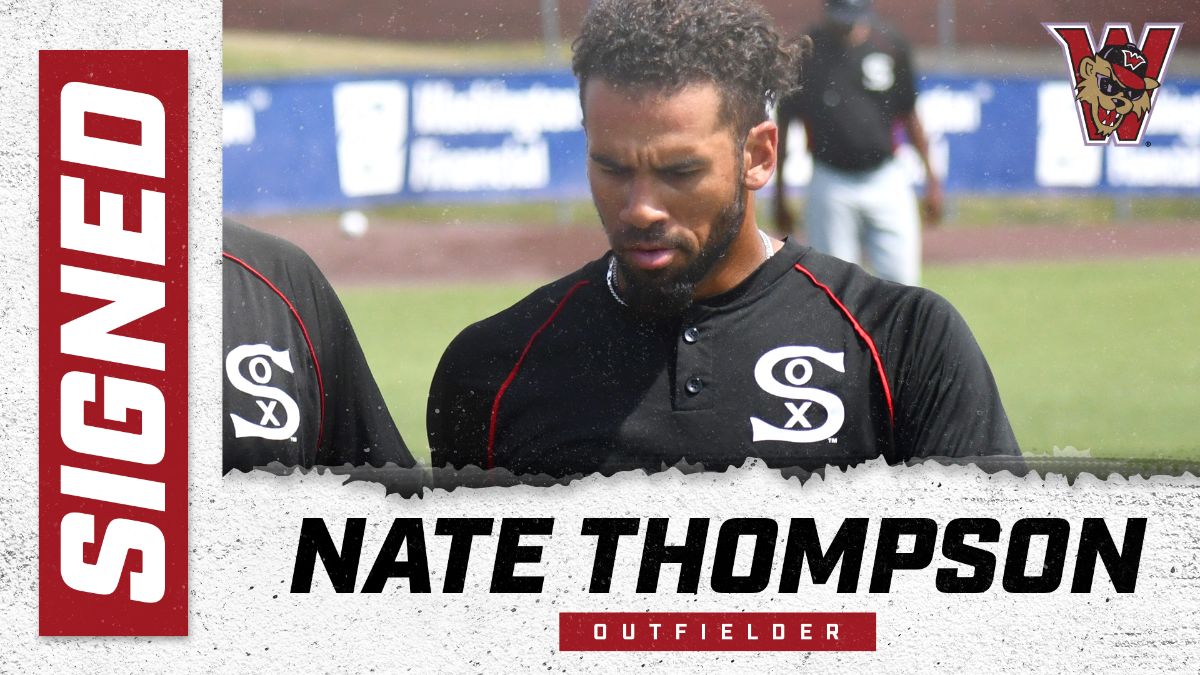 WASHINGTON, Pa. (October 6) – The 2021 Wild Things roster continued to grow today as the team announced the signing of outfielder Nate Thompson, who played for the Baseball Brilliance Sox during pod play in 2020 at Wild Things Park after starting his pro career in the Pecos League in 2019.

Thompson, a mainstay in centerfield for the Sox this past summer, appeared in and started in 18 games for PJ Phillips’ squad. He logged a team-best .301 batting average to go along with six doubles, a triple and eight RBI. He sported a .358 on-base percentage and a .411 slugging percentage.

Now Thompson becomes the first outfielder named to the 2021 roster for Washington.

“Nate is another player who benefitted largely from our 2020 pod season. He is an impressive athlete for his size and it is not surprising he was a two sport contributor in college,” said president and general manager Tony Buccilli. “Watching him on a daily basis I could see there is some untapped offensive potential to pull out. We always target physical outfielders when roster building and we are eager to see how Nate’s continuous hard work molds his role next season.”

Thompson said the location as well as newfound familiarity with the organization and stadium contributed to his decision to sign with the Wild Things.

“I really liked the location, it's just outside a big city but far enough where there are limited distractions. I love the way the field plays and how comfortable I feel playing on it,” said Thompson. “It has a big outfield but plays true when a ball is hit in the air. I also liked all my interactions with the Wild Things management and players. They made me feel comfortable as if I can play freely.”

Thompson was in his first year with the Black Sox Pro Baseball organization after spending 2019 with the Monterey Amberjacks in the Pecos League. There, Thompson slashed .248/.336/.383 with 12 doubles, six home runs and 38 RBI.

“Playing with Joe helped a lot. He is very straightforward, meaning he runs everything like a real game, so preparation is key. I enjoyed how much emphasis he puts on being able to make adjustments every day in a game or practice,” said Thompson of his time with the Black Sox organization. “He's not afraid to get on a player and I like that because it reminds me of playing college football. He wants to help people build a stronger mentality. He definitely loves the game of baseball and tries to get everyone as many game opportunities to improve and work on their craft. It's the best way to get better by playing more games and I agree with him.”

In his college days, Thompson played two sports – football and baseball – at Division III Cal Lutheran. That came on the heels of several title runs and individual success in football, basketball and baseball at St. Mary’s High School in Stockton, California. Cal Lutheran won four SCIAC championships while Thompson was there. He spent 2018 with Stanisiaus State and appeared in 22 games, starting five.

He described himself as an energetic risk taker that isn’t afraid to make the necessary play for the team.

“I am not the traditional baseball player. I play with a chip on my shoulder and am a very aggressive player in the outfield, taking after some of my football ability,” said Thompson. “I take pride in my craft and the goals of the team but am very humble outside of the field, often smiling a lot.”

Thompson said he wants to see where his fit is with the team and stay healthy all year in order to help the Wild Things win in any way possible.

“My team goals are for us to win the league, see fellow teammates get moved up and signed to higher leagues and gain new knowledge from the veteran players and coaches,” said Thompson.

The Wild Things’ 2021 roster now stands at five players that have been announced. The next signing announcement will happen Tuesday, October 13.

ABOUT THE WASHINGTON WILD THINGS
The Washington Wild Things are a professional baseball team in the Frontier League, partner league of Major League Baseball, that plays in Washington, PA. Since their inception in 2002, the Wild Things have won six division titles and earned numerous playoff appearances. Fans and media can stay aware of all the happenings in the Wild Things' organization by following the team's social media platforms and website, washingtonwildthings.com. For other inquiries, call the front office at 724-250-9555.
Media Contact:
Kyle Dawson
Phone: 724-250-7654
Email address: [email protected]
PROUD SPONSORS OF THE WILD THINGS