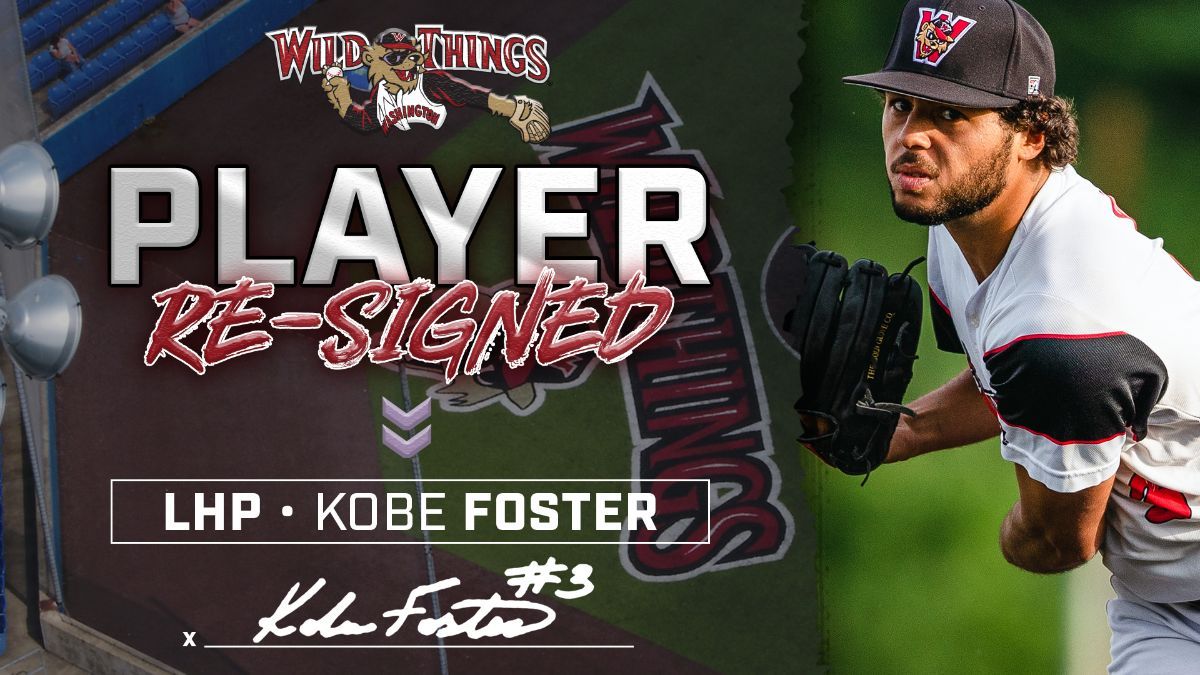 WASHINGTON, Pa. (Jan. 5) – The Washington Wild Things have announced that 2022 Frontier League Rookie of the Year Kobe Foster has signed a contract extension through the 2023 season after having his option exercised last month. His new deal affords the club an option for the 2024 season.

In 2022, Foster made 11 regular-season appearances, 10 of which were starts. He was 8-1 with a 1.00 ERA, which is a new Wild Things’ single-season record (minimum 50 innings pitched). In 63 innings of work, he allowed 44 hits, eight runs (seven earned), walked 15 and fanned 51. He allowed just one home run on his way to becoming the third Wild Things’ player to be named the league’s Jason Simontacchi Award winner for Rookie of the Year. He joined Casey Barnes in 2011 and Ryan Hennen in 2021 as recipients of the honor.

“Excited to have the reigning rookie pitcher of the year back with us. Kobe came in and quickly established himself at the top of our rotation and was very deserving of his award,” said manager Tom Vaeth. “He’s a consistent strike thrower with a three-pitch mix who will be counted on to lead our staff while hopefully getting his chance with an affiliated club.”

The lefty played his high-school ball at Huntland High School and was selected to the TBCA All-State Team in 2015. He finished his high school career with 161 strikeouts in 109.1 innings and posted a career 1.34 ERA. He then played two seasons for the Bucks at Motlow State Community College. As a freshman he appeared in 18 games with eight starts and was 8-2 with four saves. As a sophomore he was TCCAA First Team, as he posted a 1.61 ERA and .143 BAA in 75.1 innings. He was 8-2 that season as well with 102 strikeouts to 16 walks.

This past summer, despite only making the 11 appearances, his eight wins were good for 12th in the league. He did not reach the requisite number of innings to qualify for the league leaders in other categories. He also had a scoreless innings streak of 23 frames during the regular season at one point.

Foster becomes the seventh pitcher to have his contract extended or sign a contract for the 2023 season, with a few others having their options exercised so far. The most up to date roster is available on the Wild Things’ website. The league’s transaction page is available here.