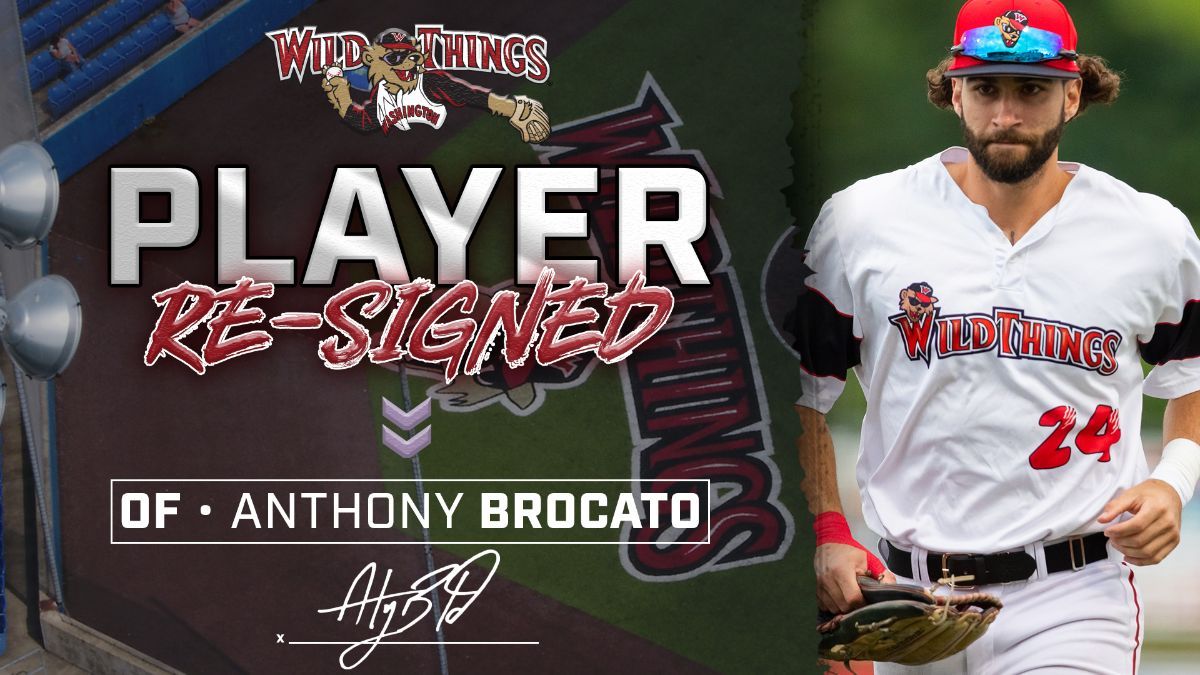 WASHINGTON, Pa. (Dec. 5) – The Washington Wild Things have announced a deal with 2022 Frontier League All Star outfielder Anthony Brocato for the 2023 season. Brocato was acquired by the club at the 2022 transaction deadline in a trade with the Florence Y’alls for a player to be named that has since been completed with Cole Brannen heading to the Y’alls.

Brocato enjoyed his best season as a pro in his third season as a pro last year. In 2022, he played in a total of 80 games between Florence and Washington but missed some time at the end of the regular season with a hamstring injury. In those 80 games, he slashed .300/.369/.617 with 19 doubles to match a career high. He set new career highs with 24 home runs and 76 RBI and in runs scored with 61. Fielding wise, Brocato had nine outfield assists and only three errors on 147 chances. That makes it 14 career outfield assists in three seasons.

“I’m excited to have Anthony for a full season. It was a big pick up for us at the end of last year although we knew he wasn’t 100% healthy. I was pleased with what he gave us especially on the defensive side,” said manager Tom Vaeth. “Outside of Lagrange, we really didn’t get a whole lot offensively from our right-handed hitters in our lineup… So, we are hoping Brocato will help fill that void.”

At St. John’s, Brocato was a career .281 hitter with an .816 career OPS in four seasons. He hit 21 homers and drove in 107. A Queens, New York native, Brocato was a two-time All-BIG EAST selection as he earned first-team honors in 2017 as a junior and second-team honors as a senior in 2018.

“[I’m] happy to have the opportunity to be able to come back to Washington [and] excited to go to war with these guys,” said Brocato. “There’s unfinished business… let’s get Wild.”

With the league’s option deadline approaching, the Wild Things have exercised some club options and declined others. The accept or decline of the option does not guarantee the player will be on the 2023 roster. The exercising of club options, which are on most contracts in the league, secures the rights to the player for the team that exercises the option. If the option is declined, those players become free agents, but the team and player can potentially work out a new deal. There are also some players under contract who have played out their options and have either retired or become free agents.

LHP Zack Erwin, C Trevor Casanova (after being exercised for 2022) and RHP Daren Osby did not have options on their contracts.

The Wild Things have now officially signed five Frontier League All Stars from last season as the team reloads. The roster is available on the Wild Things’ website. The league’s transaction page is available here.