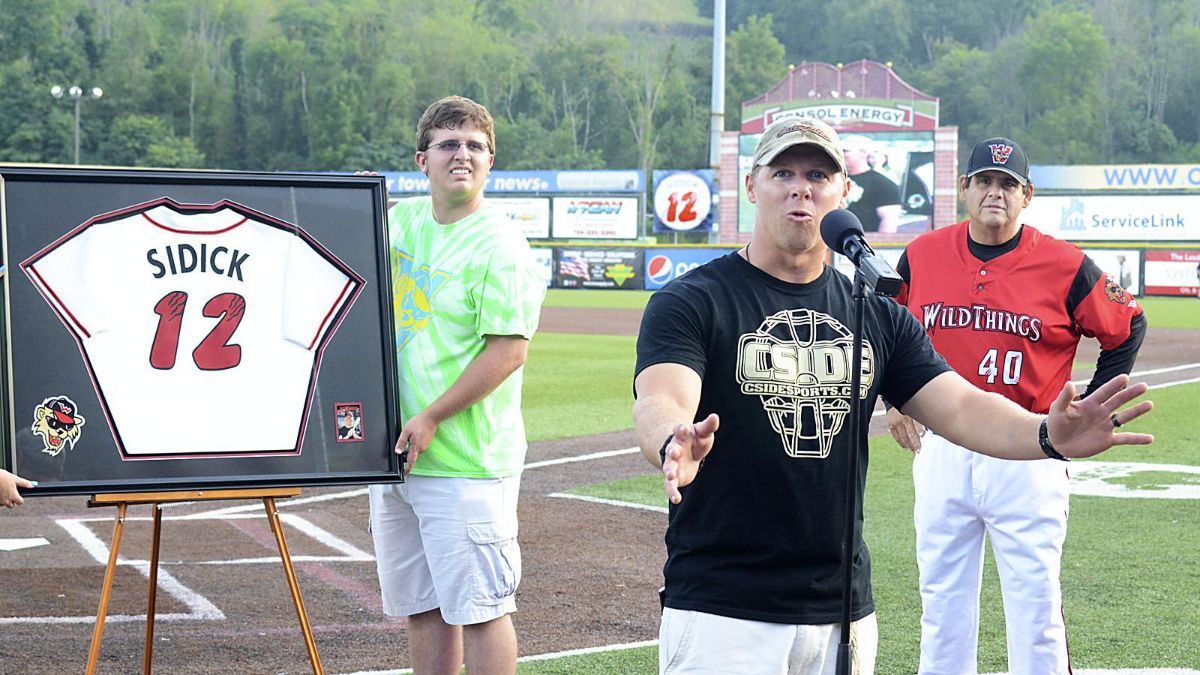 In 2022, the Washington Wild Things are celebrating their 20th Frontier League season. The team will be celebrating in numerous ways Opening Weekend, beyond that and in several other ways. As part of our celebration, we're counting down some of the historical highlights the organization and team has seen occur over the first 19 seasons of Wild Things' baseball in the league.

The countdown isn't in any specific order in terms of importance, but it's time we visit some of the best on-field moments, significant historical accomplishments, records, traditions and more.

You can rest assured the party will not stop all season long with the festivities kicking off May 13-15 with Opening Weekend, presented by Key Bank.

The countdown continues this week with a look at the career of the longest-tenured Wild Thing ever and the only former player to have his jersey retired by the organization: Chris Sidick.

Sidick, whose career with Washington spanned from 2005-11, retired as the Frontier League's career leader in games played (588), at bats (2,225) and hits (635). All three of those have been passed by former Normal CornBelter and current New Jersey Jackal Santiago Chirino. He still holds the records in the league for triples in a season (16) and career runs scored (414) and is all over the Wild Things' career and single-season leaderboards.

The Canonsburg, Pennsylvania native and Marietta College grad is the Wild Things' career leader in runs (434), hits (635), doubles (89), triples (56), stolen bases (166), walks (328) and times hit by a pitch (57). He was the career leader in RBI before current Wild Things' outfielder Hector Roa passed him late in 2021. Roa now works for Sidick at C-Side Sports Academy in Washington.

Sidick's No. 12 jersey was retired August 22, 2014 in a pre-game ceremony at the ballpark. He remains the only Wild Thing to this point to receive the honor.

The honor came in part due to his success on the field, but also his hard-nosed style of play that teammates and fans of the team loved, while opposing players did not.

Former Wild Things' manager and current North Allegheny High School Athletic Director Bob Bozzuto told the Washington Observer-Reporter, "Pound for pound, Chris Sidick is the toughest person I ever met. There were times when he played with a broken hand but he didn't want anybody to know. We gave him a few days off once and eventually had to send him to the bullpen to get him away from us in the dugout. He kept telling us that he was OK and ready to play."

Sidick now is the CEO of C-Side Sports Academy, where Roa and several other former Wild Things have given lessons and worked at. He began by giving lessons to young players in the garage of his parents' home in Cecil, PA before seeing C-Side grow from that garage to several other locations before settling in its present spot just off Route 19 and Mansfield Road in North Strabane. Parents and fans can visit C-Side's website here.

You can also read Chris Dugan's story from just after Sidick's jersey retirement ceremony on the O-R website here.

To keep up with the countdown, see below for trips back in the past to our previous three stops in the countdown. Stay glued to our social media, website and more for more information regarding our big plans for the 20 Seasons Anniversary celebration, because it's sure to be wild. We're giving you the presents, the parties, the fun and more as a thanks for your support over the years and the support we know will continue to be shown to us.

19: Barry Bonds a Wild Thing? We revisit the moment that got the Wild Things national attention!

7: Standing in the Hall of Fame