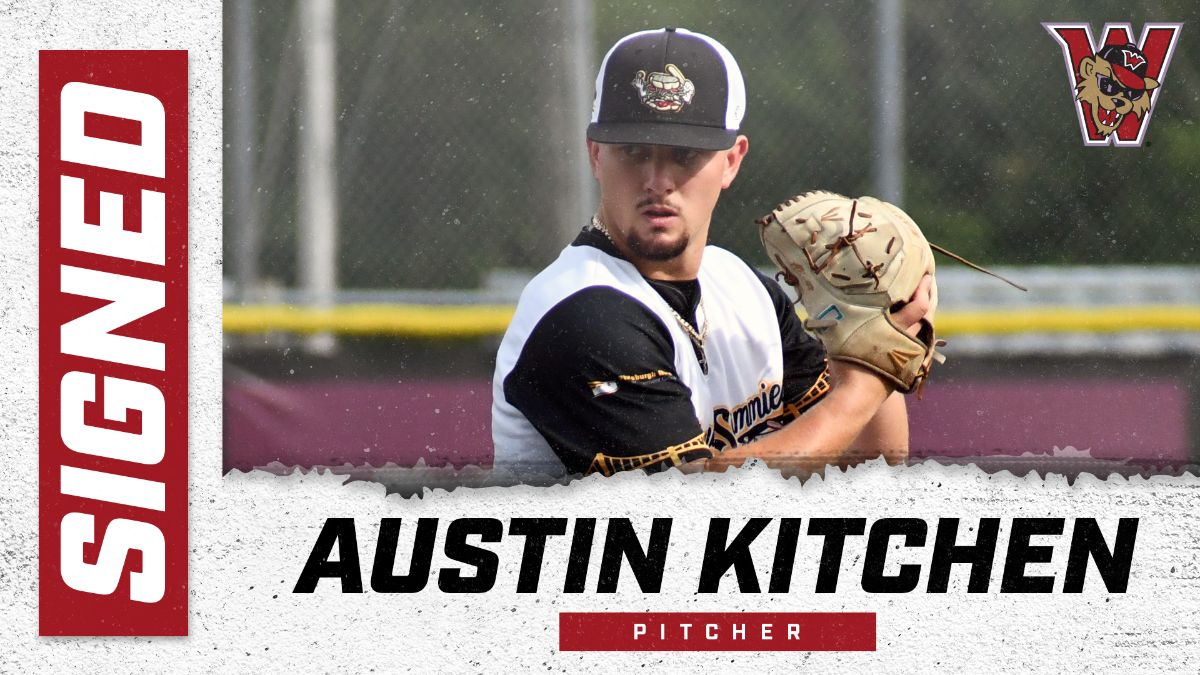 WASHINGTON, Pa. (Feb. 9) - The Wild Things have announced the latest addition to the 2021 roster with the signing of left-handed pitcher Austin Kitchen, a Mt. Lebanon High School and Coastal Carolina University product. Kitchen pitched for the Slammin' Sammies in nine games during pod play this past summer and sported a 1.50 ERA from the bullpen.

In 12 innings in 2020, Kitchen allowed just 10 hits and two walks while fanning 11 and only giving up three runs (two earned). Kitchen is set to make his Frontier League debut in 2021.

"Getting Austin back in his normal role was our first step. He adjusted quite well to the professional game and our experienced relievers were great resources," said president and general manager Tony Buccilli. "Austin has the ability to limit hitters from both sides of the plate and he is attacking this off-season with a purpose."

Kitchen said the opportunity to play with some guys from the 2020 summer as well as some other factors helped make his decision to sign with the Wild Things for the upcoming season.

"[I also was excited to have] the opportunity to play for a winning organization that can help make me better and grow as well as maximize the opportunities in baseball," said Kitchen. "[I'm] a strong competitor who enjoys to compete and attack hitters [and] a guy that doesn't shy away from tough situations on the mound and wants to win as a team more than anything."

At Mt. Lebanon, Kitchen was a Quad-A All Star, Pittsburgh Post-Gazette and QuadASports.com All-Section player, Quad-A Pitcher of the Year in 2015 and Pittsburgh South Hills Almanac MVP. He was 6-1 that season with a 2.29 ERA ERA and a 0.95 WHIP (walks and hits per inning pitched). He registered a school-record 85 strikeouts in 51 innings that year, leading Mt. Lebanon to a 15-3 regular-season record and a section title. The year prior, Kitchen was 6-1 with 61 strikeouts and batted .380 while setting the Blue Devils' program record with a 1.07 ERA.

Once at Coastal Carolina, the lefty made an immediate impact. As a freshman in 2016, Kitchen was named a Louisville Slugger/Collegiate Baseball Freshman All-American. As Coastal's go-to lefty from the pen, he was 4-0 with two saves in 21 appearances while opposing hitters managed just a .185 batting average against him. That's second on CCU's single-season record list. He missed the Super Regional and College World Series due to injury that season. The Chanticleers defeated TCU for the national title that season.

Kitchen also appeared on the mound in the Cape Cod League in 2017, pitching his way to a 3.05 ERA in 20.2 innings across seven appearances (two starts).

"For some personal goals, I want to just continue to get better and pick some of my coaches' and teammates' brains to learn as much as I can everyday," said Kitchen. "Team goals are to win a championship."

Kitchen is the 11th pitcher officially announced for the 2021 roster and the third lefty, joining Tommy Shirley and BJ Sabol. Next week, the team is set to announce the return of a one-time Frontier League All Star.