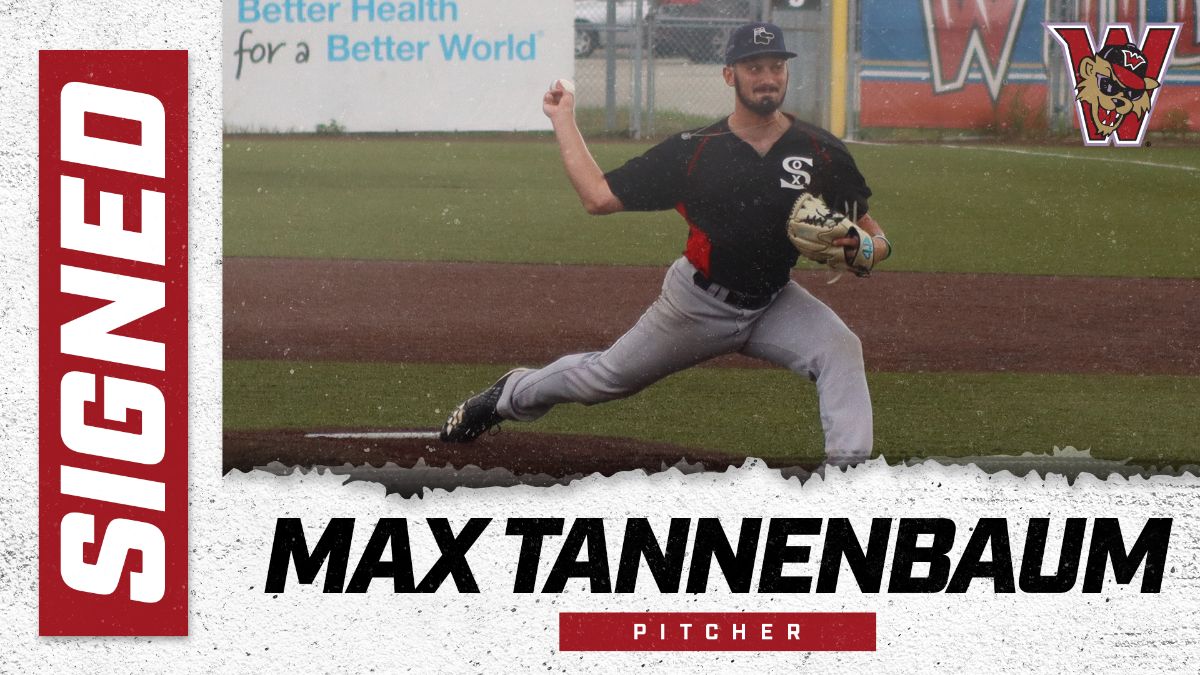 WASHINGTON, Pa. (September 15) – The Washington Wild Things announced the signing of a pitcher to the 2021 roster today, as right hander Max Tannenbaum becomes the newest member of the Wild Things. The Coral Springs, Florida native and Boston, Massachusetts resident pitched for the Baseball Brilliance Sox in this summer’s four-team pod at Wild Things Park.

For Baseball Brilliance, Tannenbaum appeared in seven games and sported a 2.61 ERA over 10.1 innings of work. From the pen, he allowed only four runs (three earned) on eight hits, walked two and fanned 10.

“Max represented himself quite well this summer playing for the Baseball Brilliance Sox. He shows a desire to develop, get better and refine his craft,” said president and general manager Tony Buccilli. “With his ability to challenge and the little funk in his style, we believe Max can be a successful piece in the pen.”

Tannenbaum said the familiarity with the stadium and his pre-summer goals were big factors in his decision to sign.

“Getting to the Frontier League was always a goal of mine post-graduation and I had been working during the offseason to improve to the level of Frontier League pitching so I was thrilled when I got the opportunity to be a part of the Wild Things for the 2021 season,” said Tannenbaum. “That being said, a major reason I wanted to play there was comfortability of being able to play at Wild Things Park during this past summer and [the chance I had to] get to know the complex. I know how the park plays and how to be successful there so being able call it home for 2021 was important to me.”

After playing his high school ball at North Broward Prep (Coconut Creek, FL) and winning a regional title there, Tannenbaum matriculated to Babson College, where he spent the next four seasons. The Beavers, who play in Division III’s New England Women’s and Men’s Athletic Conference, won two conference titles, a regional championship, a super-regional title and made the DIII College World Series while Tannenbaum was there.

By the time his career in college wrapped up, the righty was the all-time career appearances leader with 74 appearances in four years and is top 10 in the same category but by single season three times. Overall, Tannenbaum was 7-4 with nine saves in 74.1 innings. He walked only 16 batters and struck out 51 in the 74 appearances, sporting an ERA of 4.36. His walks issued total never surpassed five.

“Joe and I first got in contact after a Massachusetts showcase in late 2019 and from December of 2019 to the end of the season in Washington this year I was with Joe, the Black Sox and the coaches and instructors that Joe attracts like Cole Bumbales, Carlos Lezcano, Chad Rhoades and PJ Phillips,” said Tannenbaum. “Just being able to be around these guys and be a sponge to the daily wisdom and thoughts about the game allowed me elevate my game rapidly throughout the winter and early spring.”

He continued, “As far as the signing with the Wild Things, absolutely none of that would have been possible without Joe working to organize the players and coaches to get there and compete day in and day out. Without the Joe Torre and the Black Sox, I don’t get in front of the Wild Things in 2020 and I don’t get offered the contract; period.”

Now Tannenbaum brings was he described as a “hyper-focused” and “as emotionless as possible” mentality to the mound in Washington. He said he knows there is a chance to be called into situations where there are runners on base and his job will be to limit the damage.

“Knowing that those are going to be situations where the game can really be opened up, put out of reach or swing in the opponent’s direction, I want to be the best at what I do and not allow inherited runners to score with strikeouts, soft contact and ground balls,” said Tannenbaum. “If and when I am put into clean innings, I want to dominate hitters.”

Tannenbaum also said he is looking forward to hopefully making a push for the Frontier League playoffs and the chance to “make some noise after that.”

The Washington Wild Things are a professional baseball team in the Frontier League that plays in Washington, PA. Since their inception in 2002, the Wild Things have won six division titles and earned numerous playoff appearances. Fans and media can stay aware of all the happenings in the Wild Things' organization by following the team's social media platforms and website, washingtonwildthings.com. For other inquiries, call the front office at 724-250-9555.