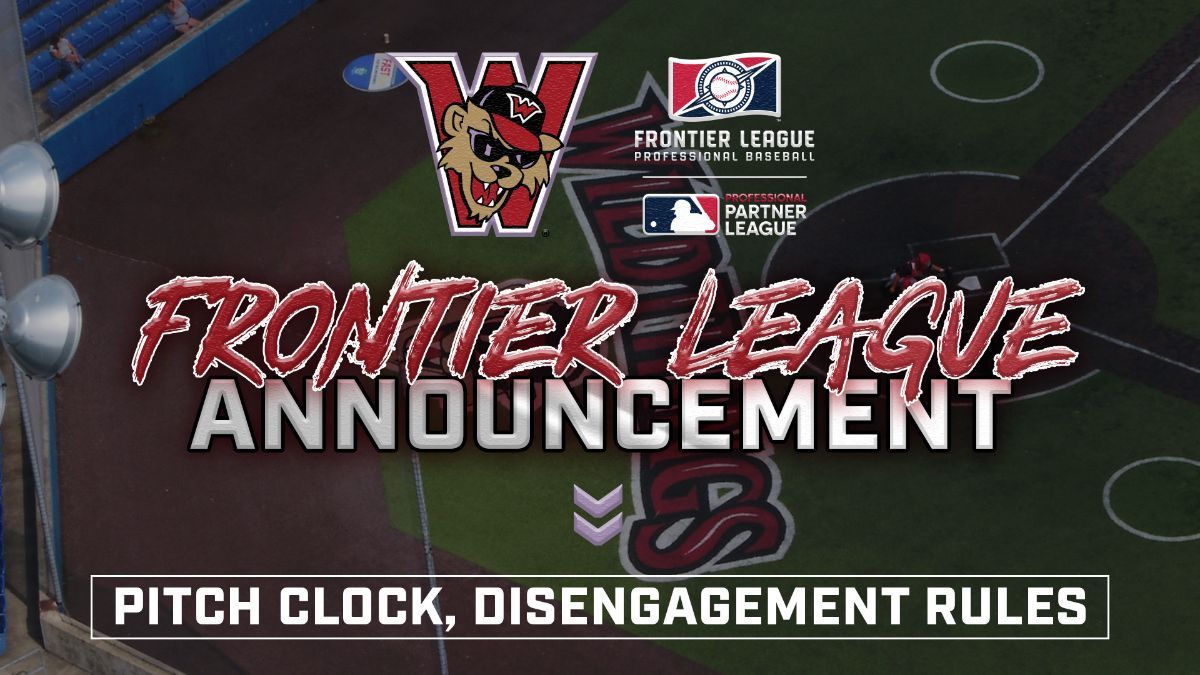 WASHINGTON, Pa. (Nov. 21) - The Frontier League announced on Friday they will be adding a Pitch Clock in all ballparks for the 2023 season. The clock, which will limit the time pitchers and hitters take between pitches, is designed to increase the action and reduce the down time in Frontier League games.

The new rules will require pitchers to wait no longer than 14 seconds between pitches when there are no runners on base. If there are runners on base, they will have 18 seconds to deliver the ball to home plate. Batters must be in the box and ready to hit at the 9 second mark.  Violation of these time parameters can result in a called strike or ball depending on the offender.

“The League Directors are committed to offering the best possible entertainment to Frontier League fans, and we believe the addition of a pitch clock will help achieve this goal,” said Frontier League President Eric Krupa. “These two changes will increase the pace of Frontier League games and provide our fans a more enjoyable experience when they come out to our ballparks or watch our games on FloSports.”

There will be a grace period to start the Frontier League season, with warnings issued but no penalties enforced. The automatic ball, strike or balk will be fully enforced beginning with games on Tuesday, May 30.

“The pitch clock and new rules on disengagement will definitely be an adjustment for most of our players and for staff and fans, but it’s a change I think most saw coming after the introduction of it in minor league baseball,” said assistant general manager of baseball operations Kyle Dawson. “I’m excited to see what it does to games both to speed them up and from a competitive standpoint. It should also aid the fan experience at the stadium. I am expecting a transition period at the outset, but that comes with most change.”

Over the years, the Frontier League has adopted other rules that mirror what MLB has implemented in affiliated baseball to improve the pace of games. Previous changes included the adoption of rules to require a batter to keep one foot in the batter’s box and limits on the number of mound visits each team was allowed during games.

The Frontier League will kick off the 2023 season on Thursday May 11th. The League is the largest and longest tenured MLB Partner League, featuring 16 teams stretching from St. Louis to Quebec City, Canada.

The Washington Wild Things will open their 2023 season Friday, May 12th at Evansville. The home opener is slated for Tuesday, May 16 against the New York Boulders.