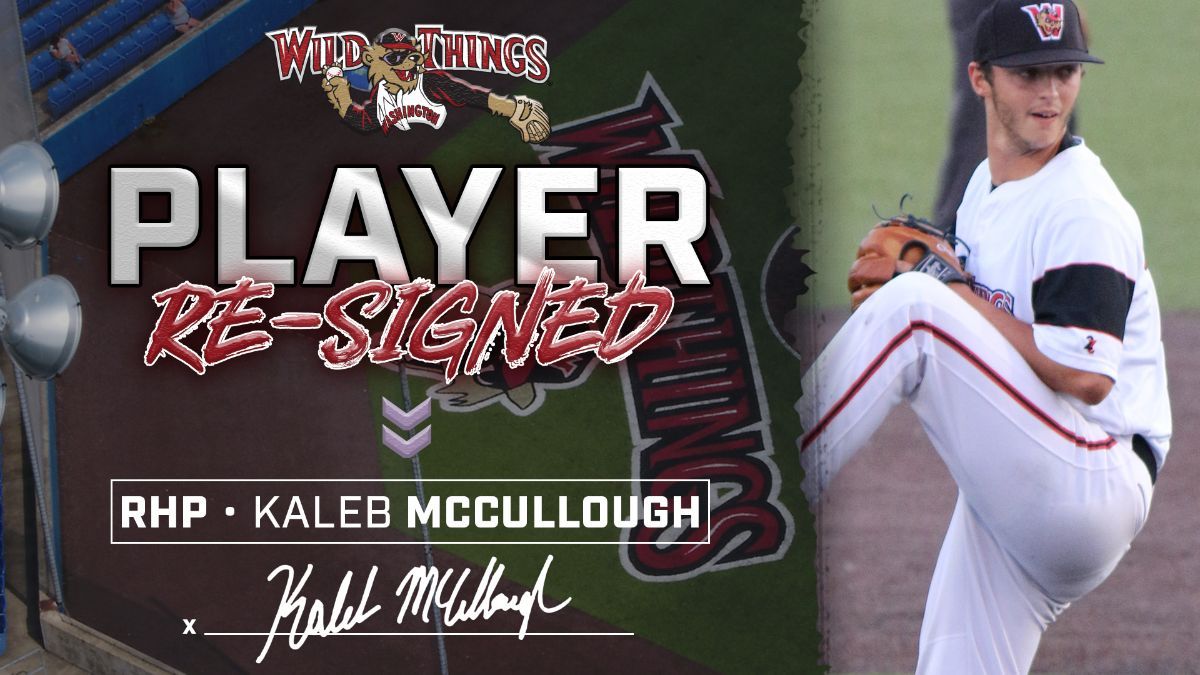 WASHINGTON, Pa. (Nov. 16) – The Washington Wild Things have announced the contract extension of right-handed pitcher Kaleb McCullough, who started his pro career by appearing in six games for the Wild Things in 2022.

The Grove, Oklahoma, native pitched in six games for the Wild Things last season. He fanned nine batters in 6.2 innings pitched. Before a tough outing in Trois-Rivières, his first five outings he allowed just two runs, with both coming in the fifth outing. His first four appearances saw him total six innings and nine strikeouts with four walks and four hits allowed.

“Happy to have Kaleb back with us again,” said manager Tom Vaeth. “We’re looking forward to see what he can do after a full off-season of rest. We need him to come in and compete and be a contributing part to our bullpen.”

McCullough was 3-0 in 23 games last year to finish up his collegiate career at Oral Roberts University, a season in which he posted a 2.75 earned run average with four saves and 48 strikeouts in 39.1 innings. The Golden Eagles won the Summit League title and played in the College Station Regional.

“It was an easy decision to return to Washington after experiencing the culture and desire to win,” said McCullough. “[I’m] looking to improve on last season and bring a championship to Washington.”