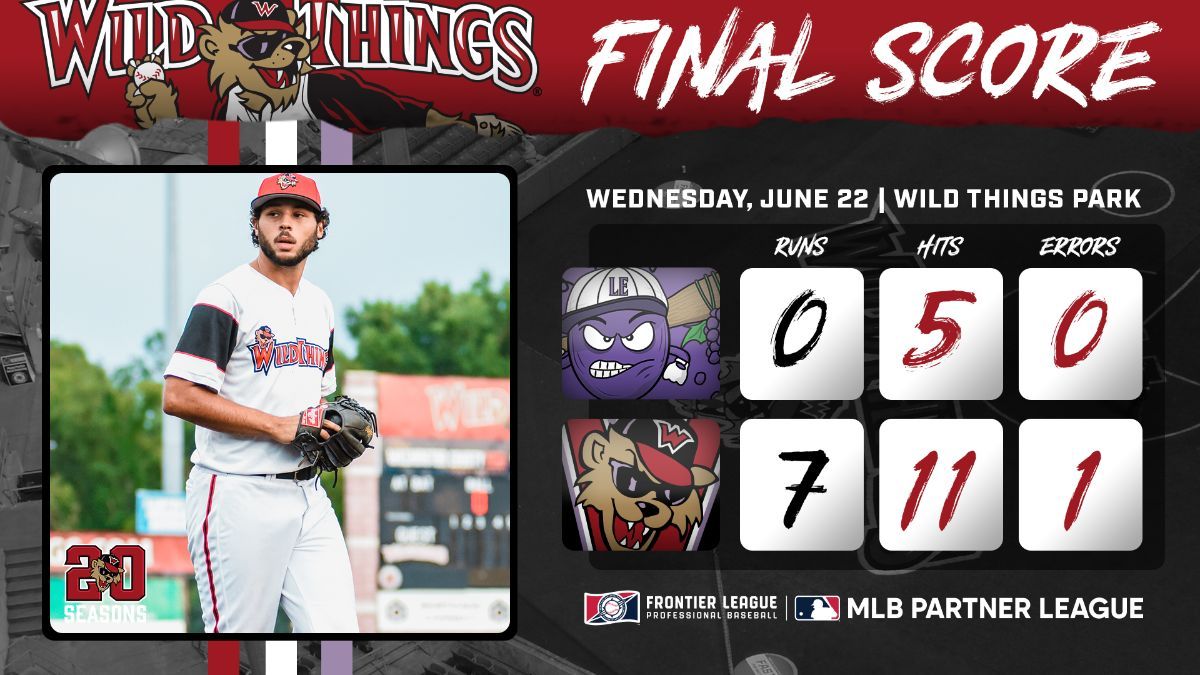 WASHINGTON, Pa. (June 22) – The Washington Wild Things took on the Lake Erie Crushers in game two of a three-game set and crushed the Crushers 7-0, securing their 10th-straight series win.

Nick Ward disrupted the scoreless ballgame in the bottom of the third with an opposite-field blast that put the Wild Things up. Scotty Dubrule drove in Jared Mang with a single, who tripled earlier in the inning, and Andrew Czech brought in Dubrule with a sac-fly which brought the inning tally to three runs.

Dubrule kept his on-fire series alive with another RBI in the fifth bringing in Ward. Czech followed suit driving in his second run to make it 5-0 for Washington.

In the seventh, Hector Roa padded the lead to six runs with a gap shot that brought in big man Czech from first. Cole Brannen brought Roa in with a single up the middle to make it 7-0 Washington.

Washington rode that lead to the end of the contest.

Washington (23-12) will finish out the series against Lake Erie (14-21) tomorrow, June 23, with first pitch scheduled for 7:05 p.m. Come out to Wild Things Park for Thirsty Thursday presented by Stoney’s Beer. Get your tickets at wildthingstickets.com.