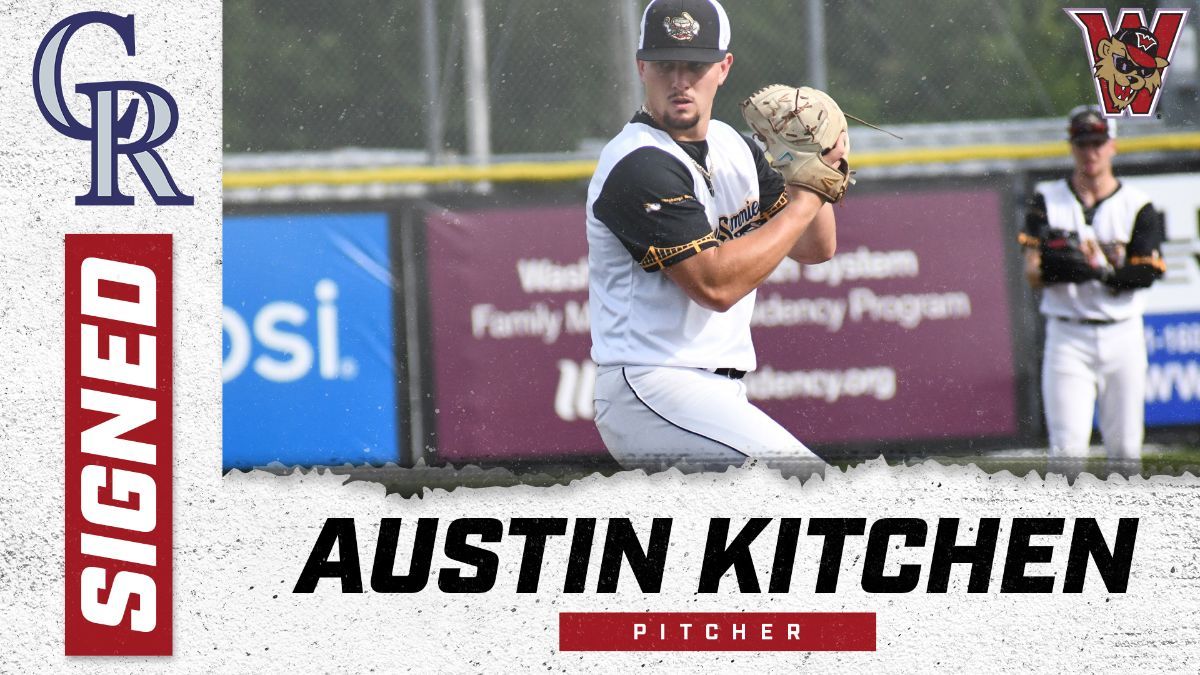 WASHINGTON, Pa. (April 21) - The Wild Things announced today that left-handed pitcher and Mt. Lebanon, Pennsylvania native Austin Kitchen will sign with the Colorado Rockies organization. Kitchen becomes the 41st player to sign with an affiliated club while under contract with the Wild Things and the first to do so with the Rockies' organization.

Kitchen threw 12 innings for the Steel City Slammin' Sammies in pod play this past summer. In that work, he allowed 10 hits and two walks while fanning 11 and only yielding three runs (two earned).

"Austin took great advantage of the opportunity before him last summer and showed up business-like. He approached this off-season with a purpose and I am glad organizations took note," said president and general manager Tony Buccilli. "We saw his demeanor really shine as a reliever, growing in his development and are hopeful his experience in Washington helps him on his path with Colorado.”

While with the Mt. Lebanon Blue Devils, Kitchen was a Quad-A WPIAL all star, Pittsburgh Post-Gazette and QuadASports.com All-Section player, Quad-A Pitcher of the Year in 2015 and Pittsburgh South Hills Almanac. He was 6-1 with a 2.29 ERA and a 0.95 WHIP (walks and hits per inning pitched) in 2015, as he registered a school-record 85 strikeouts in 51 innings, leading Mt. Lebanon to a 15-3 regular-season record and a section championship. The year prior, Kitchen was 6-1 with 61 strikeouts and batted .380 while setting the Blue Devils' program record with a 1.07 earned run average.

The lefty matriculated to Coastal Carolina and made an impact on the 2016 NCAA championship team as a Louisville Slugger/Collegiate Baseball Freshman All-American. He was 4-0 with two saves in 21 appearances. Opposing hitters managed just a .185 batting average against him. In 2017, Kitchen led the team in appearances (24) and saves (six), the latter of which ranked eighth in the Sun Belt. He ended up red shirting the 2018 season and then appeared in 17 games (13 starts) in 2019.

Kitchen is the first player to be plucked away into affiliated ball from the Wild Things roster of the 2021 calendar year. The last contract purchase was Lucas Herbert to Arizona during the 2019 season.

"My agent has been in contact with [the Rockies] for several months updating them with new data and video and getting feedback," said Kitchen. "Then Sunday the call finally came and [I] found out when my agent called me and said they offered me a contract. I was super excited and was receiving calls from people in the organization welcoming me and setting up travel dates. I'm really excited to join this organization and learn from them to continue to develop. I'm thankful for them giving me the opportunity."

Kitchen said the opportunity with Washington was instrumental in getting him to the Rockies system.

"Washington gave me a lot of knowledge of how to work and develop as a professional. Being there and learning from a lot of other guys who have been in affiliated ball and guys who have been in baseball a long time was extremely helpful being able to pick their brains," said Kitchen. "Then the biggest part was being able to go out there and compete against other pro guys and really learning how to pitch and call your own game."

He continued: "That's something in college you don't get to learn so it was good to be able to learn that side of the game and work with the catcher and trust the game plan and execution to get guys out. My time in Washington was unbelievably great and so were all of those teammates I played with. It was a family feel being there and GM Tony Buccilli treated me like family from the very first phone call I had with him and I'm forever grateful for that."