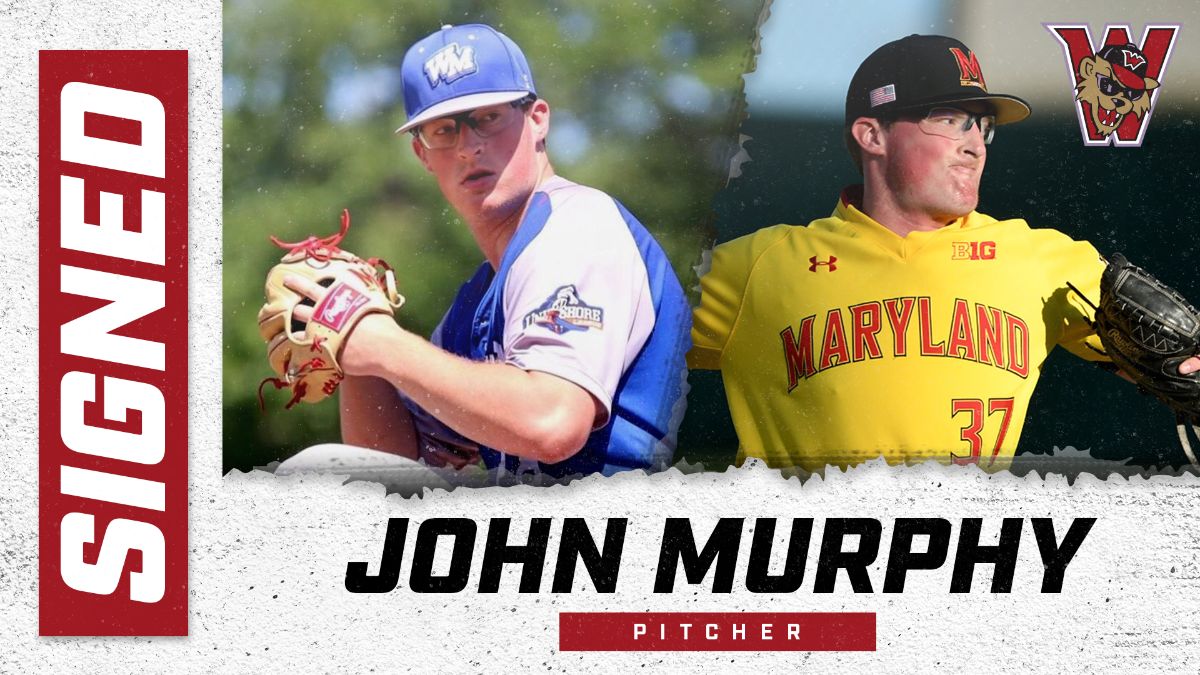 WASHINGTON, Pa. (March 16) - Former University of Maryland Terrapin right-handed pitcher John Murphy has been announced by the Washington Wild Things as the latest signee for the 2021 season. Murphy, who has pitched two seasons in the United Shore Professional Baseball League (USPBL) will try to make the most of his first opportunity with a Frontier League club in 2021.

Murphy played for the USPBL's Woolly Mammoths in 2019, appearing in 10 games and amassing 11 innings. He fanned 11 batters and walked five in his first pro season. He struck out 31 in 16.2 innings while allowing just seven hits in 2020 with the same team.

"John was touted coming out of Maryland after doing some good things in the Big Ten Conference," said president and general manager Tony Buccilli. "He has spent the past few seasons focusing on his development as a power pitcher. He brings an intriguing arm to the table and we have put the ball in his court to take advantage of the opportunity.”

Manager Tom Vaeth said he is excited to add Murphy to his pitching staff.

"He is a power rookie arm that had a lot of success as a closer at the University of Maryland in the Big Ten. John is very excited about this opportunity to come in and compete for a role in our bullpen. Both Alex [Boshers] and myself are eager to see what he can do," said Vaeth. "If John can come in and do what he has shown us in his videos and pitch with the power and control that we think he will have, we feel that he will be a really good rookie for the Wild Things."

At Maryland, Murphy logged 101.1 career innings and in those managed to punch out 127 batters. His best season from an ERA standpoint came in 2017 as a sophomore, when he posted a 1.71 ERA (six earned runs in 31.2 innings) and 27 strikeouts to eight walks in 17 appearances. Batters hit just .183 against the righty that season. He'd go on to record 37 strikeouts in 25.1 innings as a junior and 53 in 33.1 innings during his senior year. He appeared in 50 games between those two seasons before heading to the USPBL.

"My decision to play for the Wild Things was based on a lot of good people helped me along the way this offseason to help find opportunities to keep playing," said Murphy. "The coaching staff is awesome and it’s a great atmosphere to play in. I would describe myself as a power pitcher that can strike guys out and knows how to compete."

He said the biggest difference he's noticed between the college and pro games is the fact that in pro ball, everything a player does is solely on the player to get done, especially in the offseason.

"Nobody is pushing you if you don’t want to be pushed. You either get stuff done or you don’t. In college you had coaches whose job it was to make sure you came every day and got your work in," said Murphy. "In indy ball you still get that during the season but in the offseason it’s all about how bad you want it personally and what you're willing to do to keep getting better on your own."

He said he wants to throw strikes as consistently as possible and throw as hard as he can.

"If I can do those two things the rest will take care of itself," said Murphy. "For team goals I want to win it all! From talking with the coaches it sounds like we have a very solid squad with a bunch of competitive guys so winning it all is the main goal."

Murphy and his teammates will report for training in May ahead of May 27's scheduled season opener against the New York Boulders.